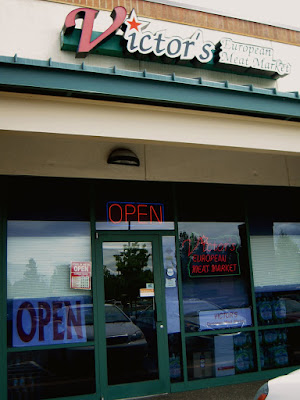 A bonus for driving to the opposite end of town to H-Mart Korean Grocery Store is to visit Victor's Smoked Meats in the same strip mall, just a few stores down. Polish owner Victor smokes a fantastic variety of Eastern European Sausages. A complete 180 from the Korean Grocery Store. We were baffled by the type of sausages and all the European imported pickled items. 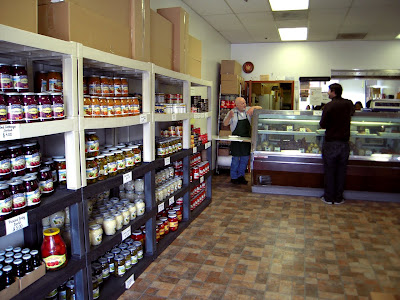 So we set out to change this by sampling whatever could - smoked bacons, pates, sausages and beef jerkys. We quickly ordered up some of Victor's famous Bultong South African jerky, some traditional jerky, a chunk of pate and a chunk of braunschweiger. We were so distracted by the beautiful smoked meats, we forgot we weren't eating meat for a month! That's ok, the beef jerky will keep until next month and we gave ourselves 24 hours to gobbled up the pate and braunschweiger on the last of our baguettes. 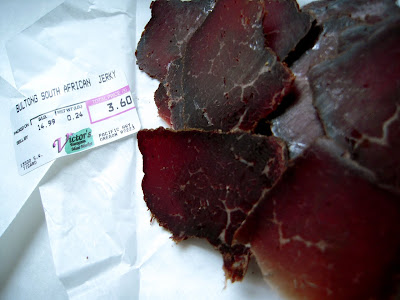 We then remembered our friends had suggested we ask if he had any cold smoked sturgeon or trout. Victor will have these special cold smoked fishes when customers bring in their catches from the rivers nearby. He had both sturgeon and trout. A whole trout was about 1lb and around $9 so we snagged a smoked trout, took it home and filleted it up. Our cat was even more in love with us when she received two portions for dinner. She still tries to guilt us into giving her more by staring at a full food bowl, hoping some smoked trout pieces will magically appear.