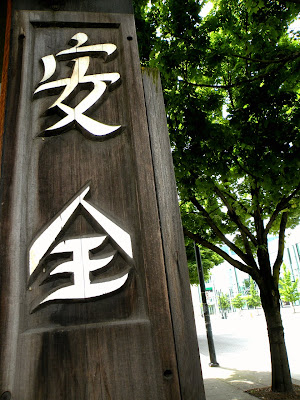 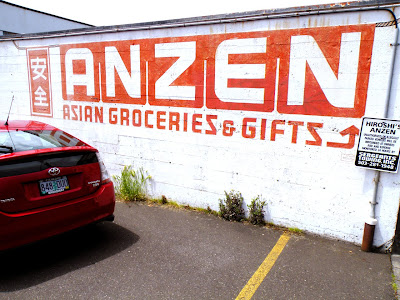 We love all kinds of grocery stores and we are very fortunate to live close to one of Portland's pioneers in ethnic grocery stores -Anzen Hiroshi's Asian Grocery & Gifts.

Housed in what has got to be one of the oddest buildings lining Martin Luther King Jr. Blvd on the eastside, Anzen's is part grocery, gift and bookstore and part Japanese snack heaven. This purveyor of all things Japanese is cute as can be and a true Portland institution. Even with rumors of Washington-based Japanese mega-store Uwajimaya possibly moving in across the river, we'd still make weekly trips to our local Japanese mart for so many reasons, so let's go on inside, shall we? 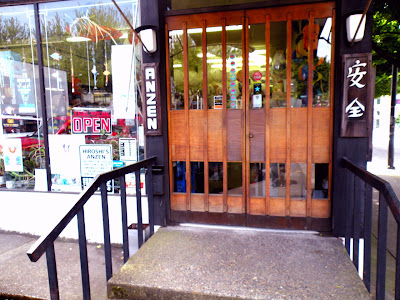 More on the level of a neighborhood bodega, albeit a Japanese bodega, how cool is that? Small compact aisles selling everything you need to make a proper Japanese meal, not Vietnamese, not Thai, not Chinese, but proper Japanese food. This includes a great selection of misos, traditional Japanese pickled items, soups, soba noodles and exotic Japanese items such as yam noodles and shredded taro. 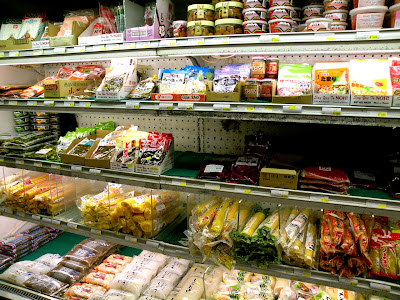 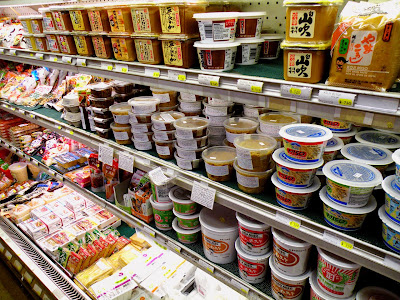 The fish case is nothing compared to the fish counters at H-Mart Korean Market or the huge Asian store Fubon. Anzen focuses on sushi grade fishes and is a great place to buy oily-melt-in-your-mouth sushi grade tunas. 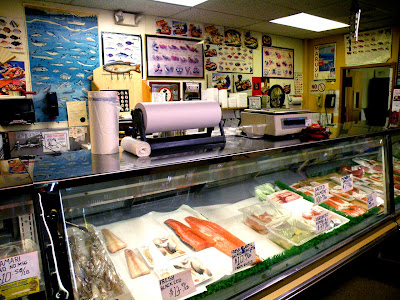 The produce department is also itsy bitsy compared to the other mega Asian stores that line the outskirts of town. But remember Anzen is in town and Japanese, not only in groceries, but mentality, cramming as much as possible into a tiny space. Prices also reflect the lack of space, but always available are shishito peppers, kabocha squashes and shisho leaves, what more could you ask for? 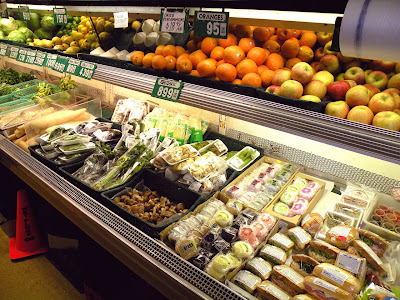 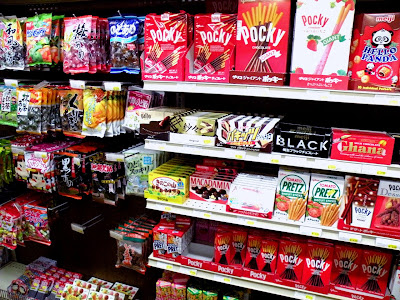 We're also in love with Anzen's cute little housewares. Even though it's a tiny little corner of the store, we could spend hours looking over their selection of ceramics and kitchy kitchen gadgets. 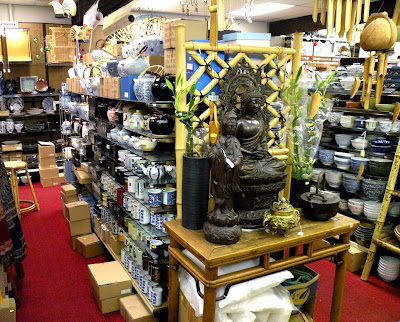 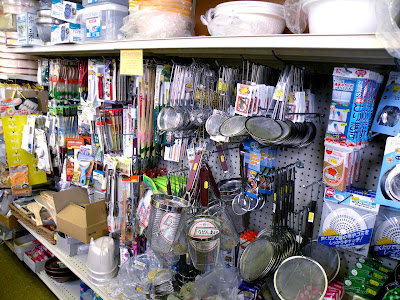 Personally, we think stores like Anzen sets cities like Portland apart from other cities in the country. Sure, the prices are expensive and the selection is strictly Japanese, but the neighborhood feel, friendly staff and only a bike ride away makes us seek out more small ethnic stores in our neighborhood and boy did we find some great ones, like Anzen.

We've been meaning to get over there for a long time, but I have a feeling after seeing the inside, we're going to be frequent visitors. There are those few things we could only find at Uwajimaya, but it's such a major pain going there. Do you know if Anzen carries Okonomi sauce? Oh, and to be able to get mochi with bean paste close to home! I'm going to have a hard time not stopping on my way home from work tonight :)