It's official, we are SICK of this late spring weather! Early spring time was great - stormy, sunny, stormy, sunny. We can handle that, we love warm rain, but this late spring cold rain crap has got to go! So, let's turn back time and go to a lovely mid-spring day when the sun was shining, bike rides, warm temperatures and outdoor patio happy hours! 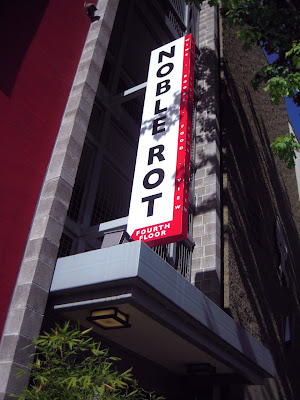 Voted as Sunset Magazine's Best Wine Bar 2009, Noble Rot moved from its slick urban location at SE 28th to its even hipper urban location of East Burnside right before the confusing as hell Sandy Blvd split. Not so much interested in the wine, although their wine flights looked amazing and well priced, we went there for the sunny patio with the amazing view of downtown Portland! 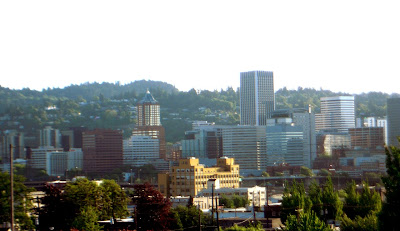 The outdoor patio is situated on the southwest corner of the building providing a fantastic 270 degree view of the city. 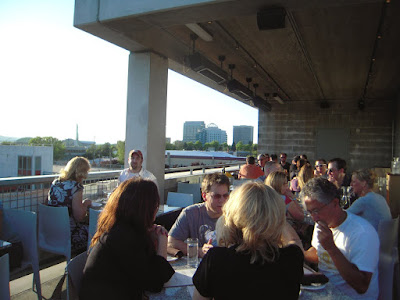 Noble Rot is also known for an incredible rooftop garden that provides a large portion of the restaurant's vegetables. 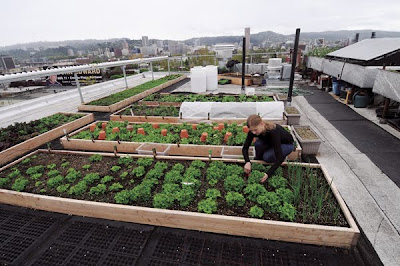 Photo courtesy of the Portland Daily Journal of Commerce

For those of you who do not know, the city of Portland began an program in 2008 titled Grey to Green, a stormwater management program which will add green roofs on most new structures commissioned by the city (city owned office buildings, courthouse renovations, park restrooms) and hopes to hit a goal of 43 acres of rooftop greenery by 2013. An ambitious and very admirable goal. Don't get us going on being green we could be here all day! So we'll just talk about the food!

It was happy hour and a sunny Friday afternoon so we raced over there after work and got a seat right on the edge overlooking the city. The food is a mix of modern NW cuisine and upscale bar food. And yes, great deals on glasses of wine. We placed an order of onion rings after we saw them delivered to a table next to ours. Light, crunchy, not greasy, just yummy. 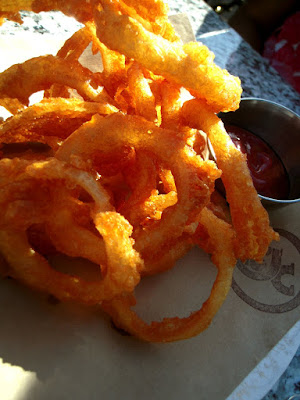 The waitress suggested the french fries too because she said "we do both bar items really well." But we decided on a cheese plate instead. The cheese selection was fantastic. Each was rich and different from the others on the plate. We can't remember what each was, but the creamy block cheese at the bottom of the picture was our fave. 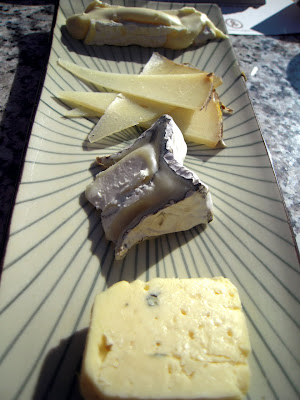 We then decided to order their butternut squash, carmelized onion and goat cheese (not pictured because we were busy soaking up the sun). This sandwich was so good we were inspired to hit the Farmers Market the next day to match the ingredients, but instead of butternut squash we subbed baby yellow squash, which was in season. We used homemade sweet bread made by our friend's mom. Seriously drool-worthy that sandwich!

After our lovely start to a great sunny weekend at Noble Rot, we biked home down back alleyways and took our time soaking in the local scene. 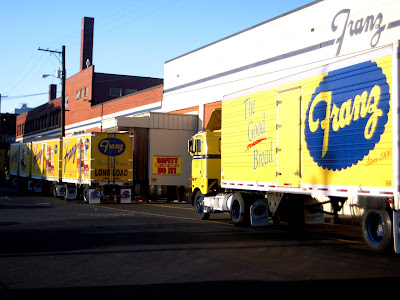 We even paused over the freeway overpass looking down at the steady flow of traffic with the sun setting behind us lighting up the curving freeway, thought about taking the picture since it was so serence looking and feeling, but thought nah, not today. Little did we know we should have soaked up the day because it will be a long month before evenings like that are back! Until then we'll pretend we're back at the sunny spot eating cheese and drinking wine. 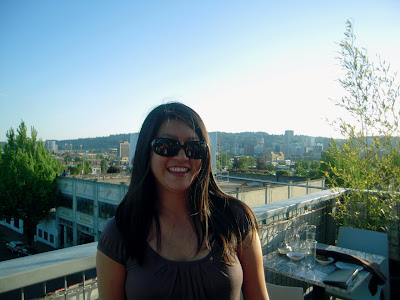