Life, As of Late 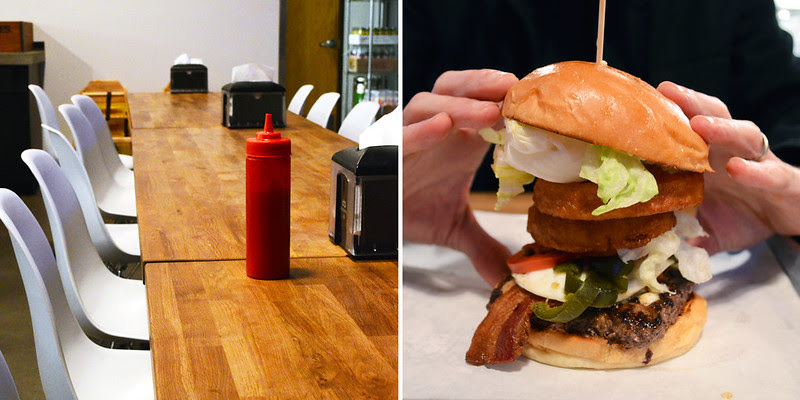 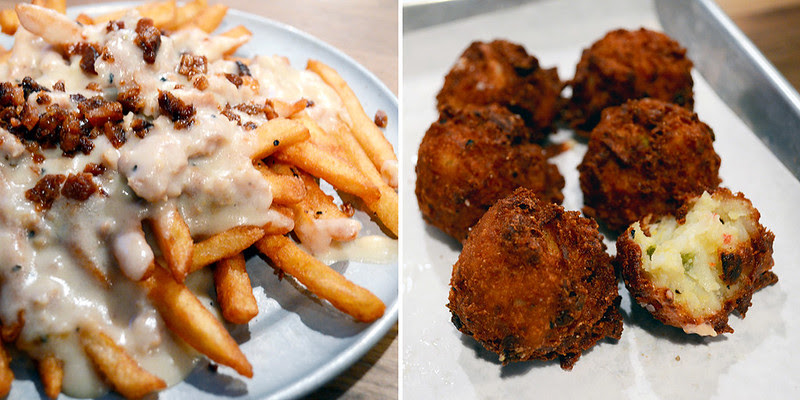 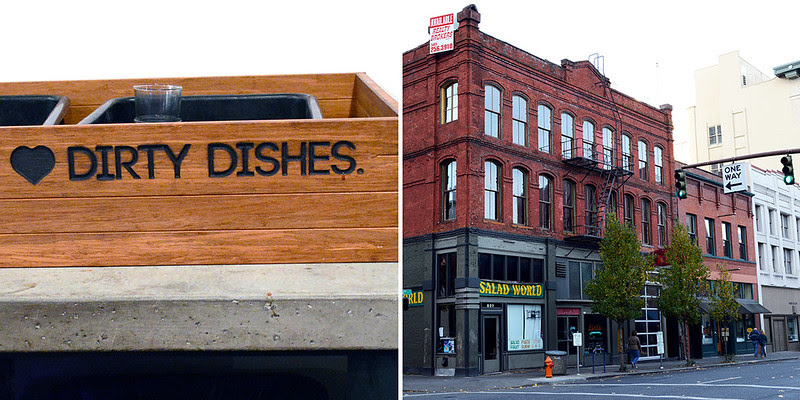 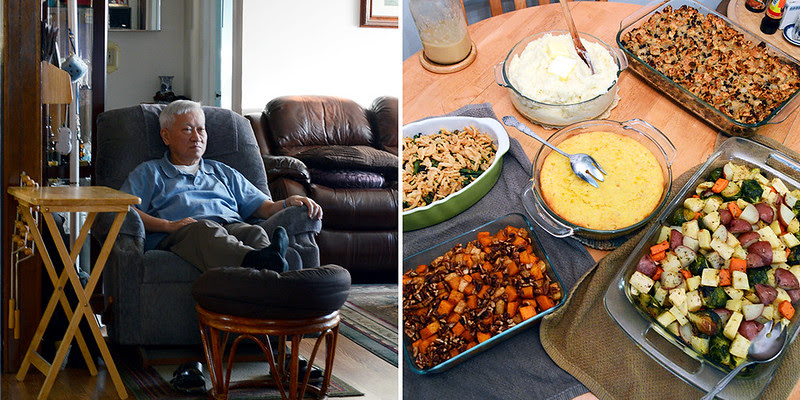 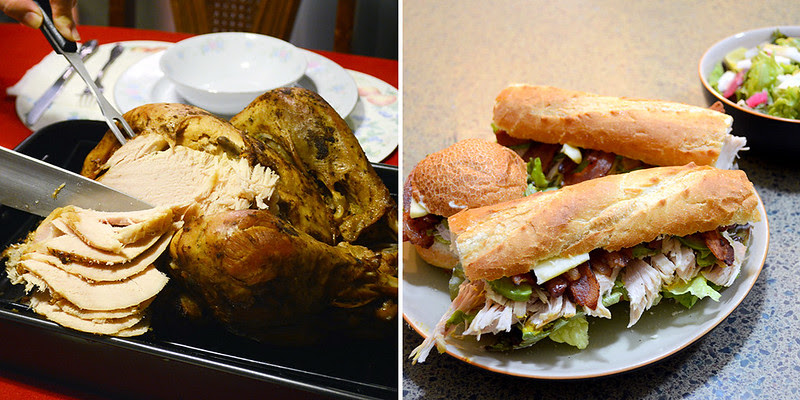 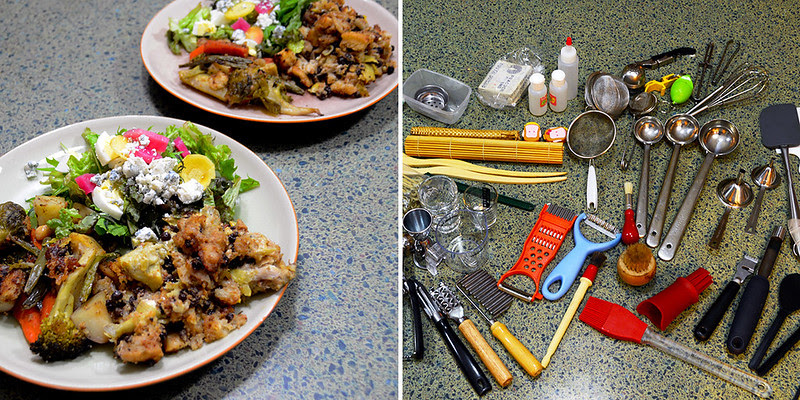 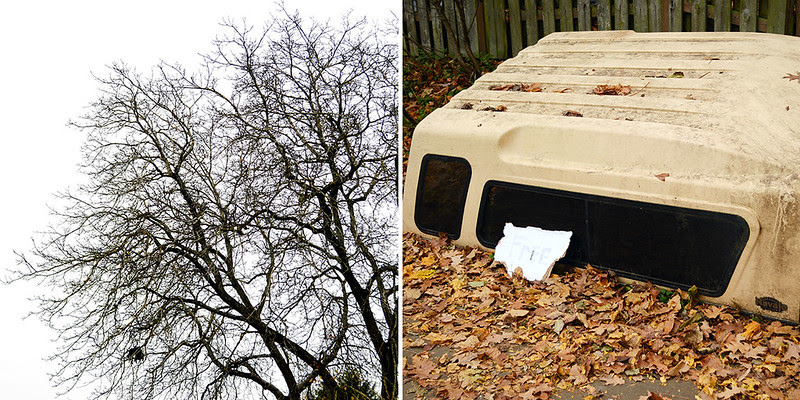 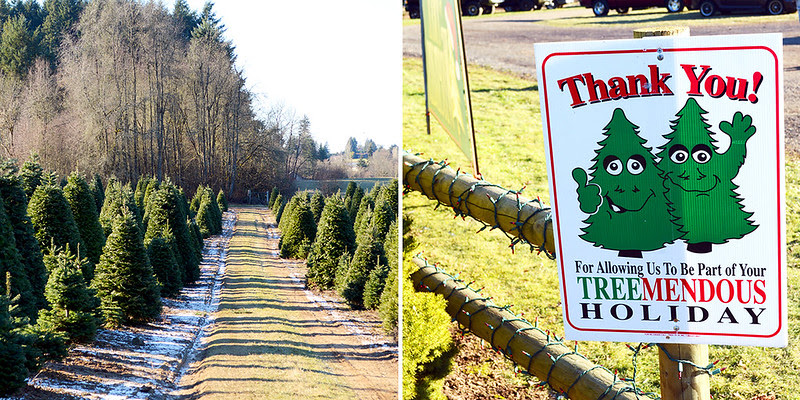 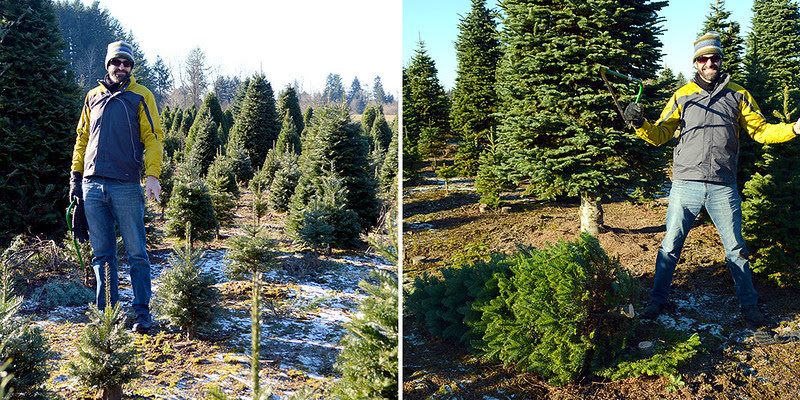 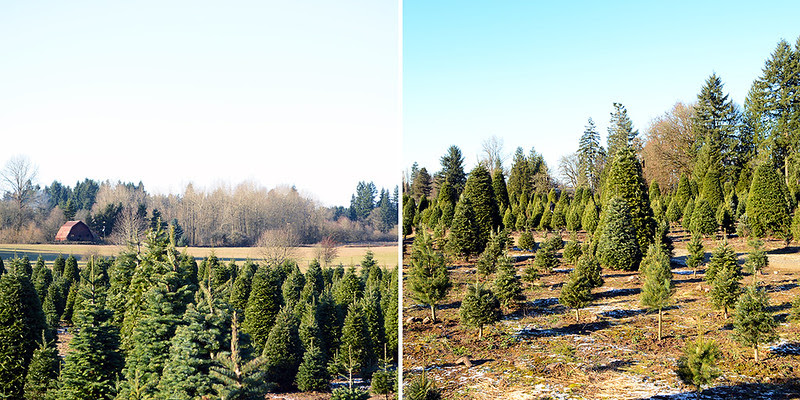 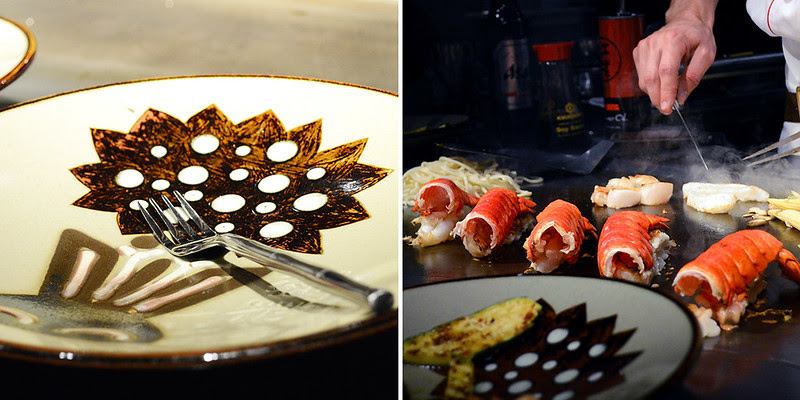 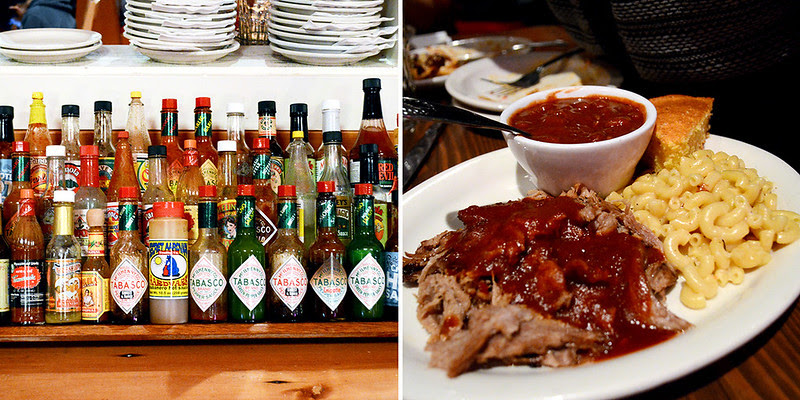 Time usually flies right after Halloween (Mike's birthday) straight until New Years. This year the pace has felt just right. Weeks leading up to Thanksgiving we made a concerted effort to do a bit of stomach stretching, but we were still defeated by too many pre-turkey appetizers. Thanksgiving was really relaxing this year-why do we host when not hosting is so nice?! We were actually able to enjoy the extended Thanksgiving weekend this year, and even did a bunch of re-arranging/purging and much needed cleaning in between all the terrific leftovers. We were gifted with a free Christmas Tree-the first tree we've ever had and the first time Anne got to go cut one down. How tranquil would it be to own a Christmas tree farm? We headed back to Benihana to celebrate another birthday, this time it was Mom's and her recent retirement. Gotta love anyplace that has an extensive collection of hot sauces - Russell Street BBQ is one of our favorites.
Posted by Buddha Bellies at Friday, December 13, 2013 No comments:

Ever since we vacationed in Los Angeles earlier this year, we have been head over heels for the culinary scene from the City of Angels. We are also big fans of Mexican food and have had Nuetra Cocina on our to-dine list for awhile. When we heard the owners are from LA and met while working at a restaurant, we put on our warmest coats, gloves and boots, and headed out to try their take on the flavors of Mexico.


We started with a Margarita De Granada (ginger infused silver tequila, pomegranate & lime - $8.50), the best margarita we've ever had, it was seriously delicious and we had to sit on our hands in order not to drink it in one sip! We also had the house special sangria, which was holiday'd up with cranberries and citrus ($6). We were also welcomed with the cutest and yummy house made tortilla and a smokey housemade salsa. 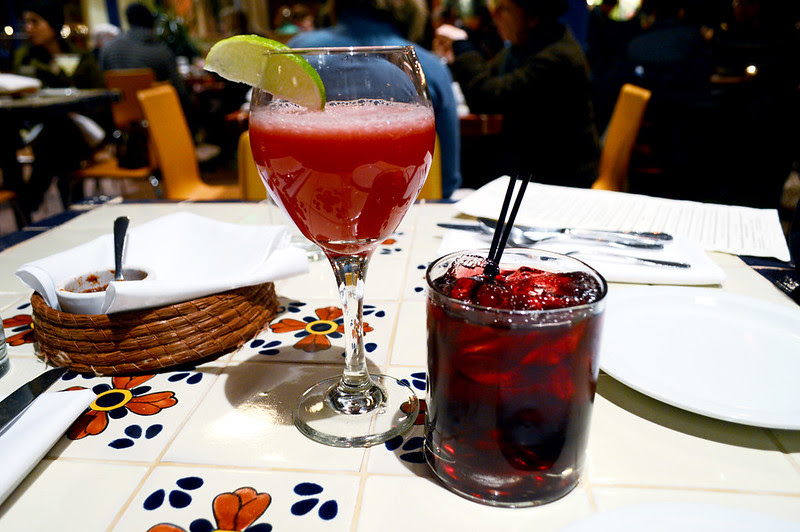 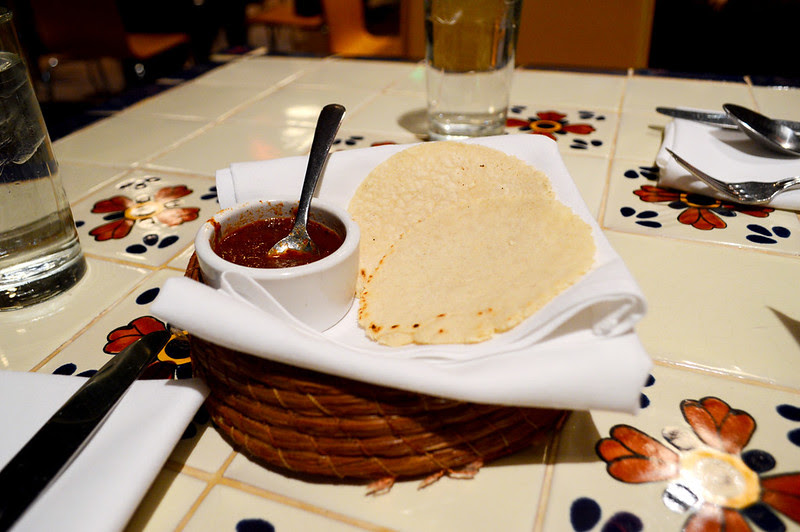 After hearing about the specials we ordered the two appetizer specials: cactus salad ($6) and the rockfish ceviche ($7). Both were terrific. We mixed everything on the cactus salad up and used the housemade chips that came with the ceviche to scoop it up. The rockfish ceviche was perfectly seasoned and the fish was wonderfully raw. 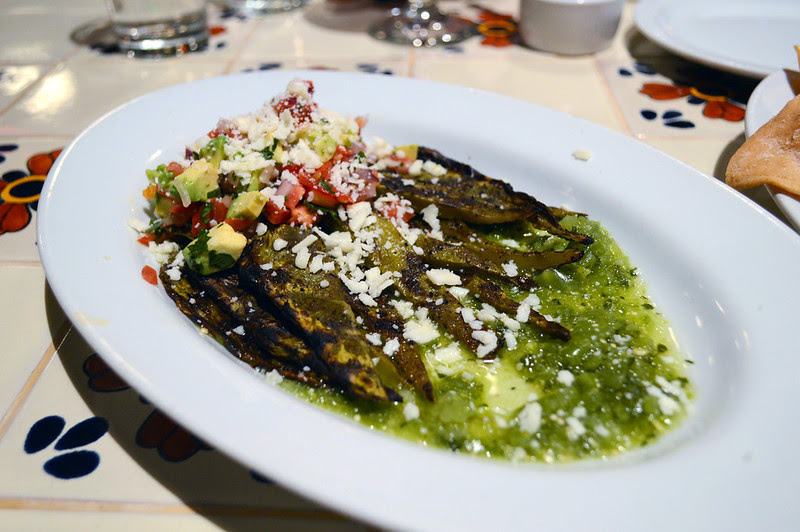 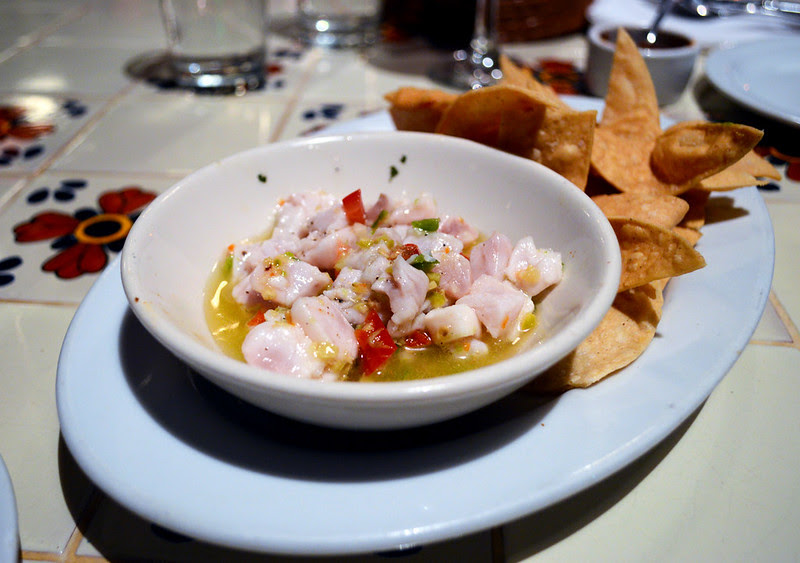 Nuestra Cocina's menu changes weekly and has an extensive starter menu. We had a hard time not ordering one of everything, but decided to add another appetizer - their housemade queso dip with chorizo. Yummy goeyness, especially with the housemade tortillas! ($7) 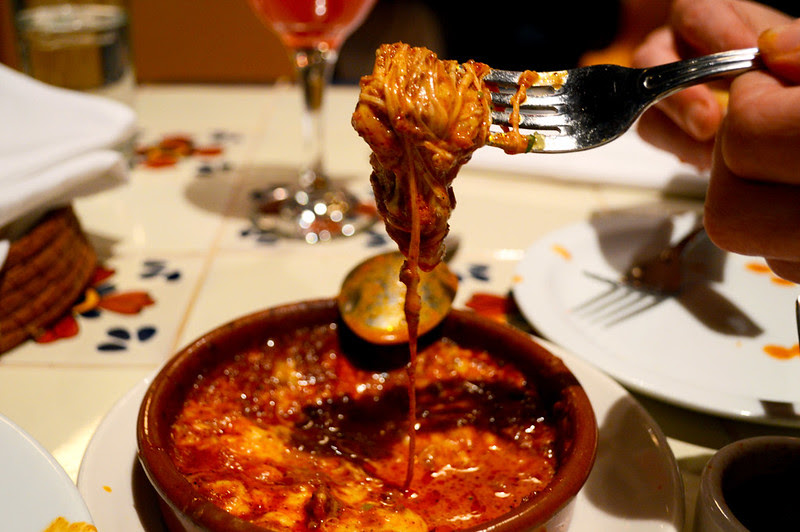 We decided to share one main entree, and since most of the items on the Platos section of the menu were things we were familiar with, we ordered something not seen on the typical taqueria menus we usually eat at - a Barbequed Lamb Shoulder Braised in a Banana Leaf with spicy green salsa ($18). 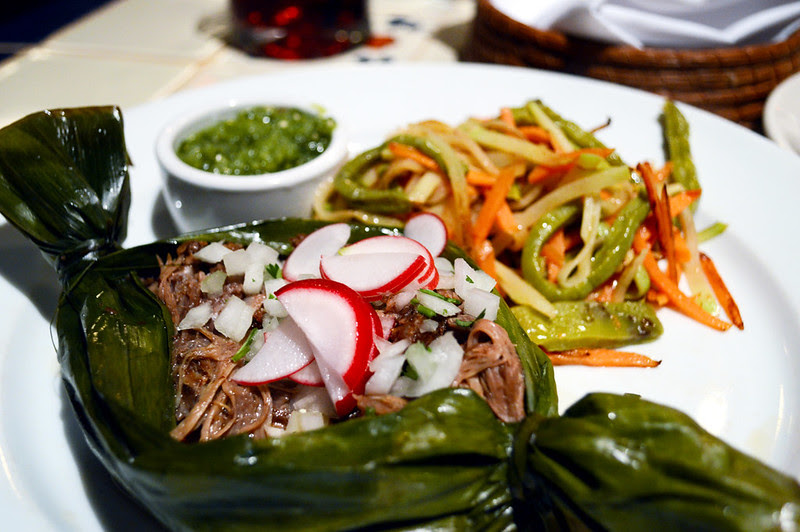 Nuestra Cocina is probably the fanciest Mexican Restaurant we've been to, the food is beautiful, yummy and worthy of a celebration. They also have a large banguet room called the Mole Room, but unfortunately it isn't a room full of mole pots cooking as we had hoped. We're already racking our brains for when the next birthday or celebration is so we can suggest Nuestra Cocina!