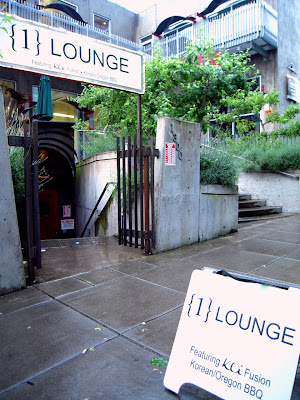 We joke about setting up a hawker center as the catering for our wedding and which of our favorite food carts would be there, but unfortunately our wedding site has strict guidelines on catering. That doesn't stop us from dreaming of what our wedding hawkers center would have and Koi Fusion's Korean Truck would be on that list!

Korean tacos are the currently all the rage. Bon Appetit magazine did a feature on the Los Angeles inspired trend and numerous international food guides have highlighted the marriage of Korean tangy, spicy bbq meats with tortillas.

Just as in LA, Koi Fusion started, not as a food cart, but a full on food truck. Here is an image of one of their trucks at the annual Eat Mobile event we attended. 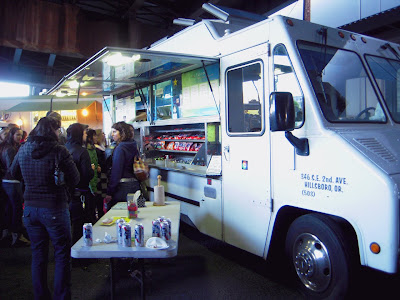 Greatly blogged and featured all over Portland, Koi Fusion gained notoriety for jumping on the twitter bandwagon and tweeting their daily locations. Not too long ago we were scanning the restaurants for rent ads and a bar in the Pearl District was looking for someone to take over the kitchen and we soon found out Koi Fusion had stepped in to take over the kitchen at 1 Lounge. As with most establishments in trendy Pearl District, 1 Lounge was once some other restaurant or bar, and we're thinking with a nautical themed from the looks of the decor. Hopefully Koi Fusion will bring some of that sleek Asian style to their new bar, it's pretty ugly right now. We checked out the simple and straightforward menu and placed our order. First to arrive was the sweet potato fries, what can we can we say, it is a bar. 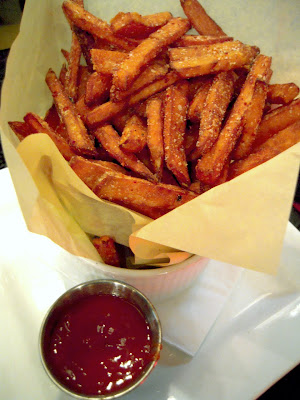 A contender for the best sweet potato fries to date and we've had our share from restaurants all over the city. Not greasy, crispy and sweet, the deceptively large portion was a great start. We couldn't even finish them, especially after the rest of our food arrived, which is a rare thing for us.

We decided on the three taco combo. The three tacos we ordered were the Bulgogi BBQ beef, spicy pork and spicy chicken. All three were topped with tomatoes, cilantro, cucumbers and bean sprouts. Outstanding is all we can say, the tangy Bulgogi beef was tangy, savory and smokey - fantastic. Ingeniously accompanied by the fresh crisp vegetables, everything popped. The spicy pork and chicken were just as flavorful, holding their own against the specialty made tortilla and vegetables. Kudos to Koi Fusion, we have officially found our newest obsession! 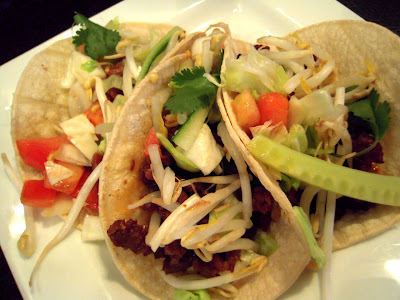 We had to order the kimchee quesadilla made with Koi Fusion's famous Korean short ribs. We love Korean short ribs and love going to Korean restaurants with the hibachis in the middle of the tables, so we knew this was going to be good. How good? Incredibly good, going back to regular quesadillas will never be the same. The short ribs, cut on the bias and deboned was tender, smokey, savory, a little sweet and tasted phenomenal with the spicy, tart kimchee. We talking food revolution here, like the fabled day the Earl of Sandwich slapped a bunch of meat between we pieces of bread and called it a sandwich! 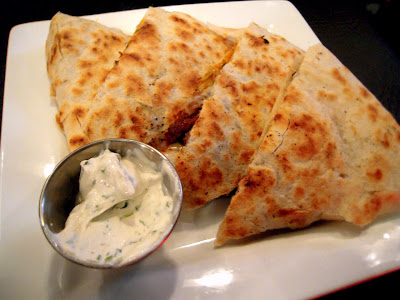 Between getting our sweet potato fries and tacos/quesadilla a plate of fried chicken was delivered to a table behind us and we immediately stopped the waiter and placed an order.

When we visited Seoul, South Korea back in February we were hoping to get our hands on some Korean fried chicken, doused in tangy sauce, but it was not to be. So we were excited to see them offered and ordered up a 5-piece. All 5 pieces were drumsticks. Yes, dark meat! Moist, crunchy and flavorful. The coating was simple and reminded us of dad's fried chicken. 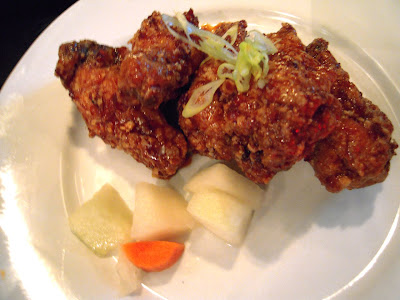 To top that off one of the owners, Bo came out from the kitchen and chatted us up on the concept, where to find the taco trucks, and some new adventures they were cooking up. We found out two days a week the taco truck is parked only 4 blocks from work! No need to muster up the energy to go into the Pearl District to get our hands on this fantastic Korean BBQ treat!

Sounds yummy! I have yet to have a Korean BBQ taco, but it's on my list of must-do-soon!