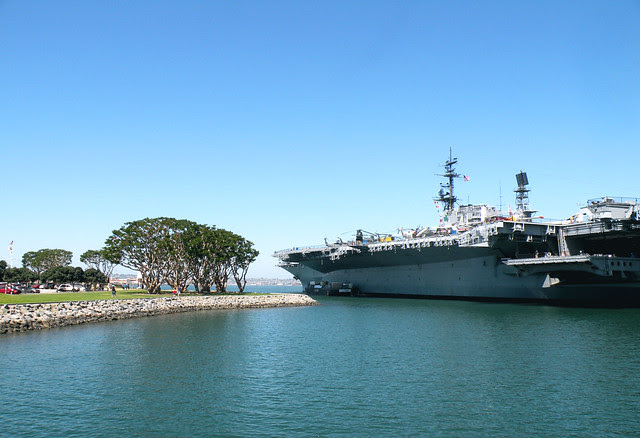 We awoke to another sunny San Diego day, which made our plans to head down to walk along the bay that more exciting. We were headed off to see the Midway Battleship Museum.
A little bit of history is that the Midway Aircraft Carrier was the battleship which transported Anne's family out of Vietnam when Saigon fell in 1975. It has a deeply personal history to us, but we decided not the tour the massive ship. We didn't visit the now floating museum, we had other plans for the day and wasn't up for a possibly emotional stroll down memory lane (a memory Anne was too young to recall anyways). We took pictures of the massive ship, strolled along the bay area, checked out the memorial park and had an early lunch at the Fish Market Restaurant situated right next to the battleship. 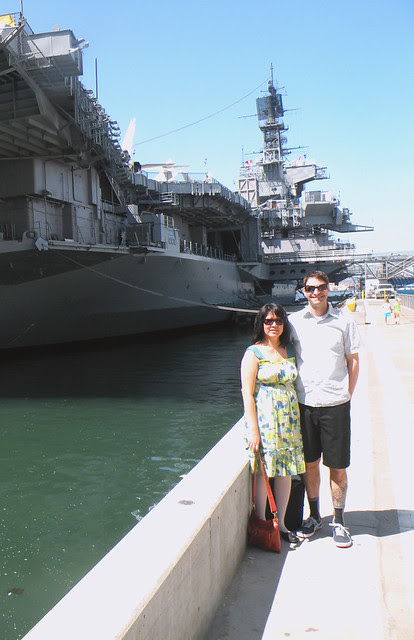 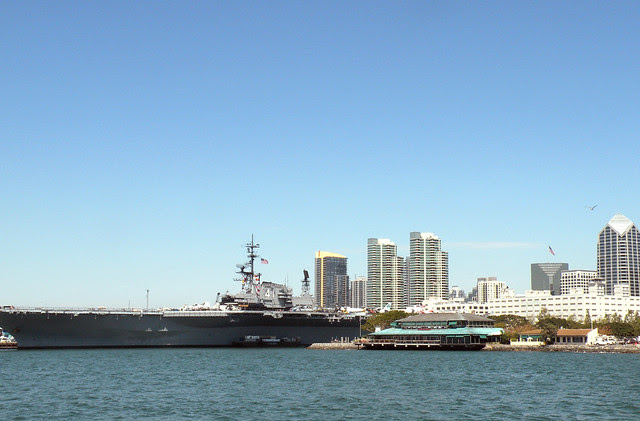 We read the Fish Market Restaurant had a terrific view of the bay and one of the city's best fish tacos. 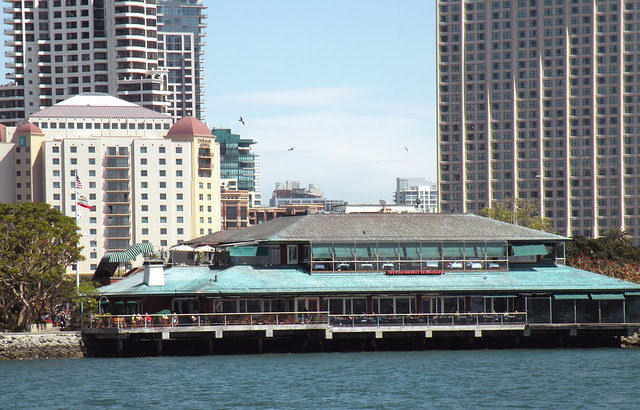 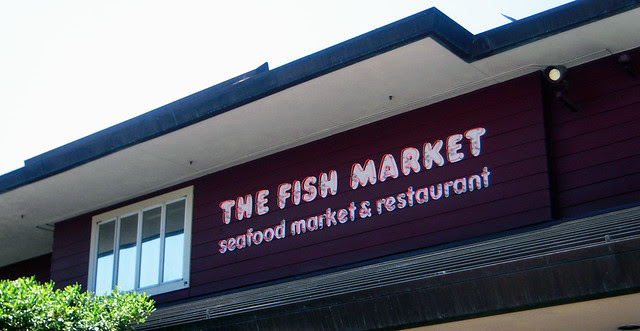 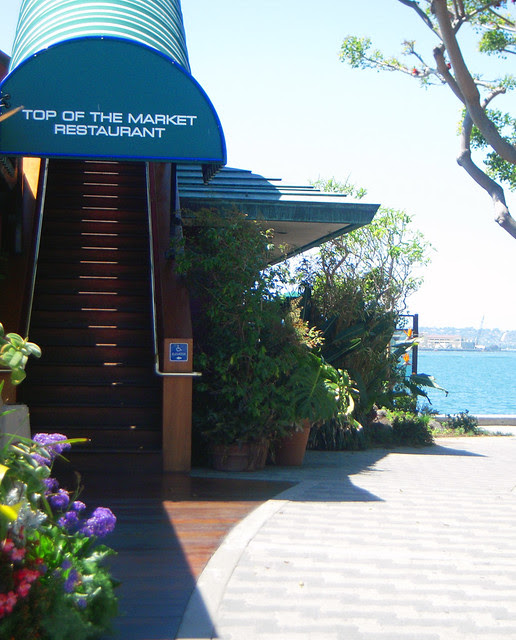 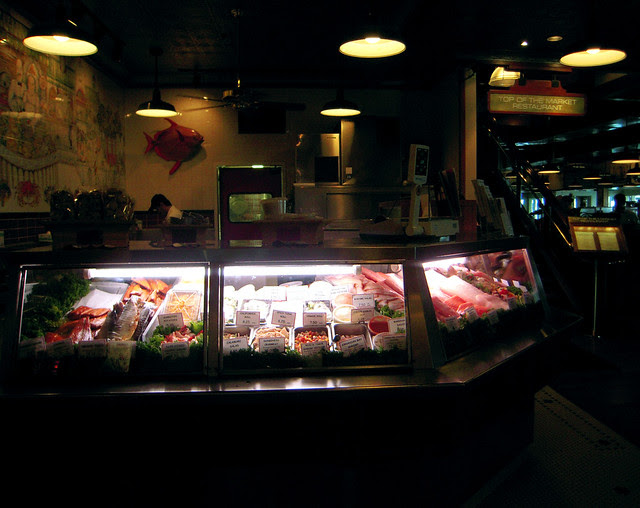 Since we were on vacation we started our meal with a terrific bloody mary and signature ginger cocktail. Were the baja-style fish tacos good? Of course! The light ono fish, the batter, the crunchy cabbage and fresh garnishes was a fantastic combo. But these weren't going to be our only fish taco. More. Fish. Tacos. To. Come. 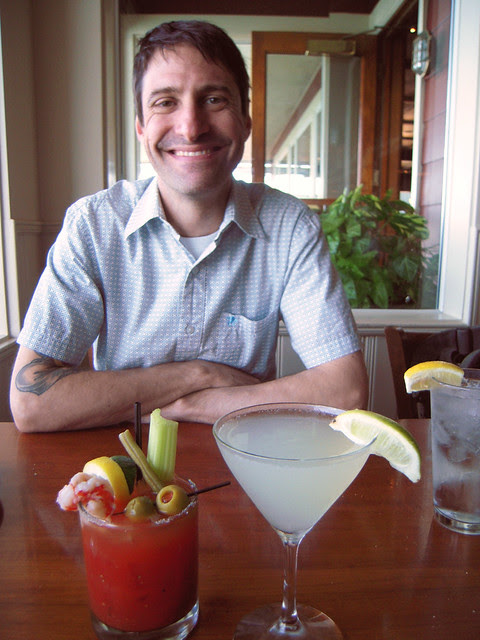 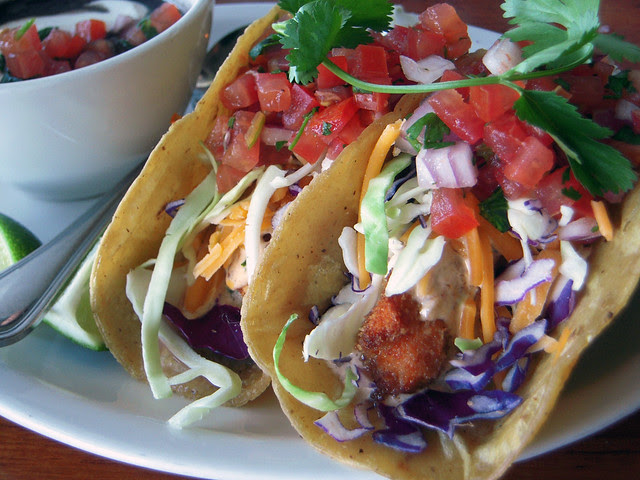