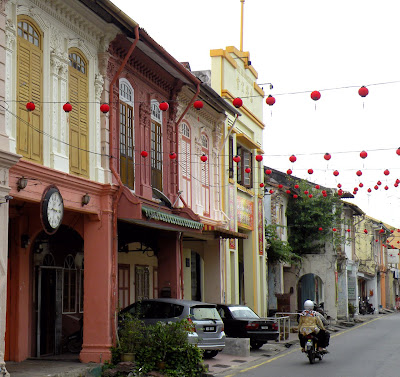 One of our favorite architectural styles we saw in SE Asia was the shophouses found in Malaysia and Singapore. We were drawn to their colorful uniformity, large windows, and the dual uses of shop and home. 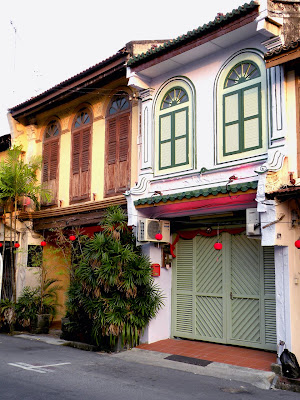 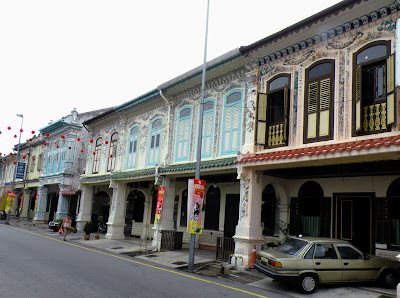 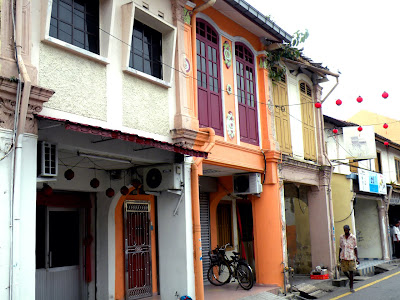 There was a lack of clutter, lack of trees along the avenues and a lack of plants and adornments out front, which we found refreshing. Allows the shop fronts to be visible. Even though most of the shophouses were all uniform in size, height and shape, some still managed to add colorful touches. 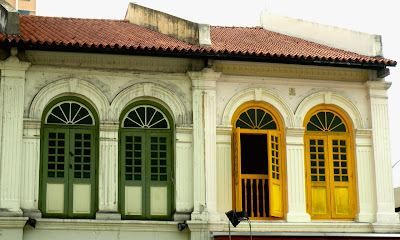 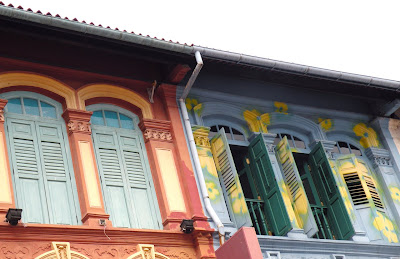 These shophouses are vastly different from the homes and lifestyles of us Americans. It's not uncommon to live in homes with shared walls or spaces, but these shophouses brings a whole new meaning to the phrase "love thy neighbor". We found it admirable. Chinese shopkeepers operating and living next to their Hindu and Muslim neighbors with an understanding of communal space and sense of respect. 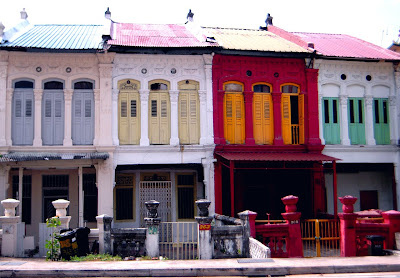 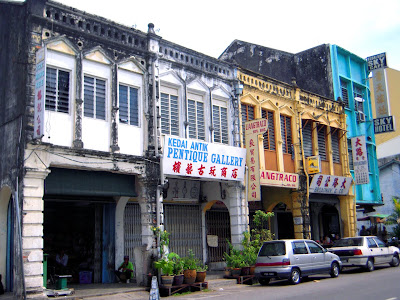 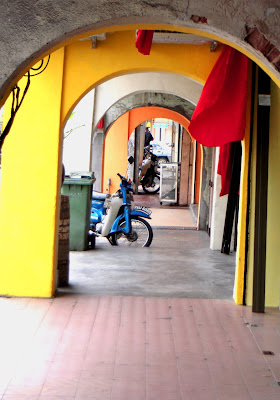 Shophouses can be found in older areas of Singapore and cities in Malaysia, where the cultural areas were, as well as being close to the city centers and along rivers. We loved wandering around trying to imagine what the inside of these houses must look like. Were they dark from being sandwiched between homes and what seemed to be windows only in the front and back?

We weren't able to see an actual shophouse residence. We did go into several shops, but they were extensively converted making imagining what the residence portion of the house looked like difficult. However, we did visit a traditional clan house that was converted into a museum, which gave us an idea what some of these homes look like on the inside, as well as the rich history that led to the architectural style. 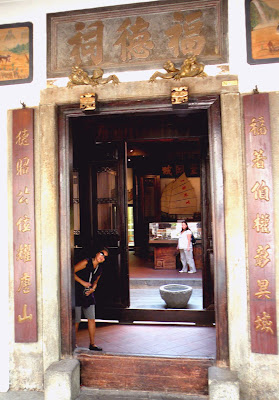 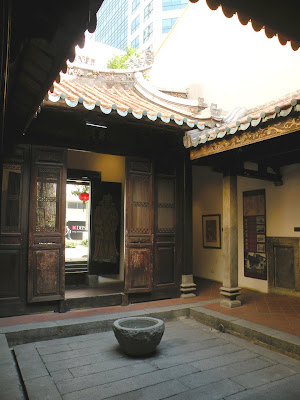 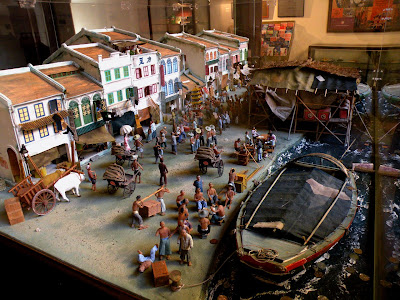 While daydreaming through innovative and highly acclaimed SE Asia's Architecture/Interior Design firm Ong&Ong on the interweb we came across their design work for several traditional shophouse/cluster homes in Singapore. We were in awe. The interiors of these shophouses were beyond what we could have imagined were behind the shops. Modern Asian aesthetic with lots of wood, tile and glass. Minimal use of the lush tropical flora such as bamboo and banana trees. The green cinder block detail in the kitchen and dining room to main room is spot on! 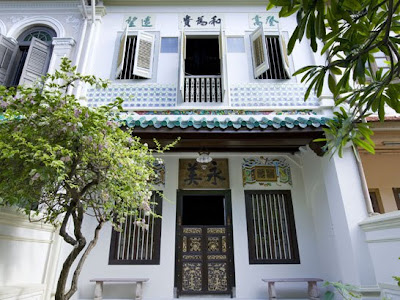 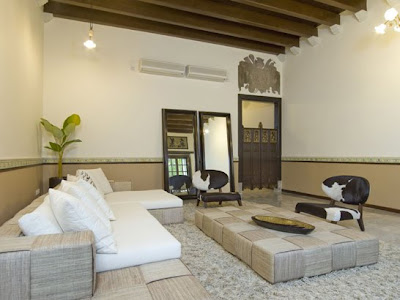 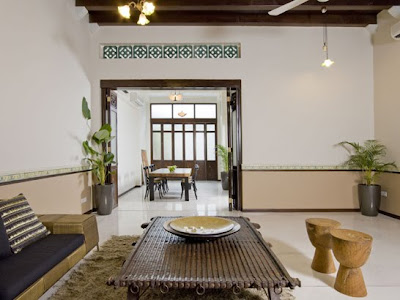 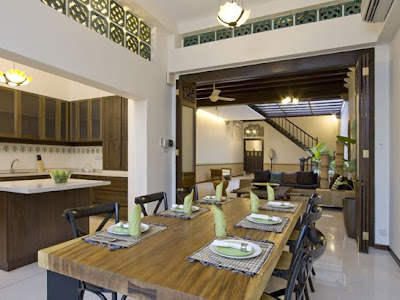 These images of the second story windows and finally a glimpse into the second floor. The ornate iron spiral staircase is classic Singaporian style. 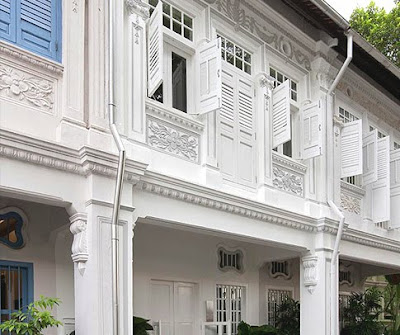 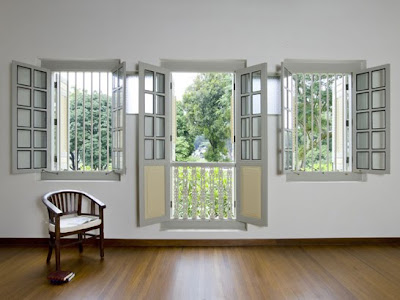 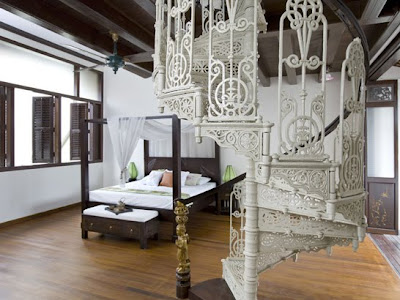 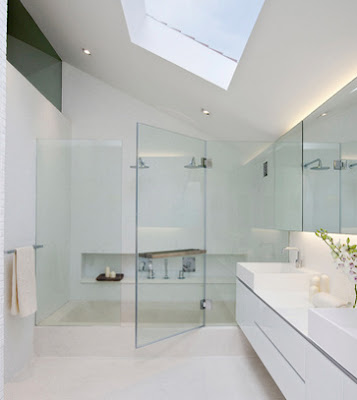 What really blew us away was the courtyards. Singapore & Malaysia has beautiful consistent weather being right on the equator - the sun rises and sets at the same time basically all year round. The weather is warm and sunny, so outdoor living is essential. These modern courtyards make use of minimal amount of space and light, and still manages to squeeze in pools to keep cool. 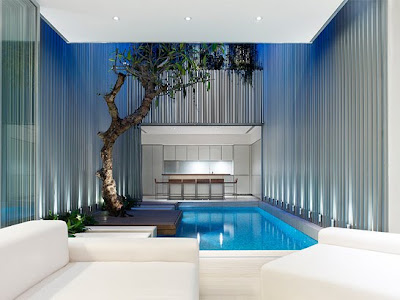 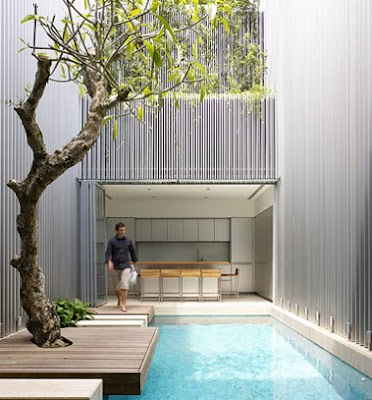 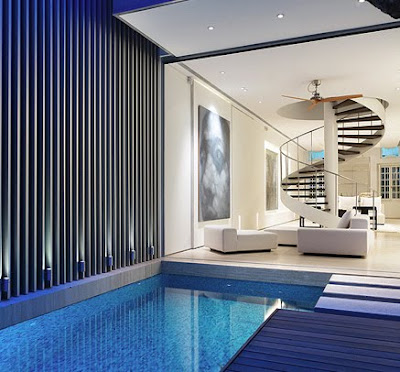 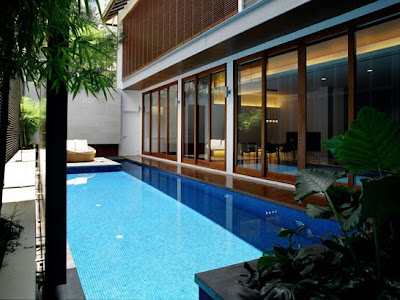 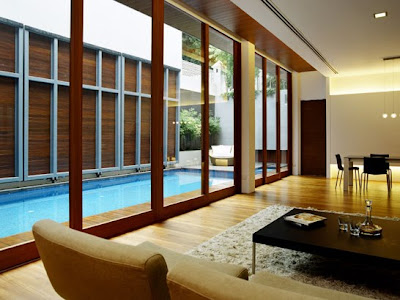 These modern updated shophouses have us yearning to live in a tropical balmy location, especially if our home could look anything like these.

These are so beautiful and loving the modern interior! Especially that courtyard--amazing!