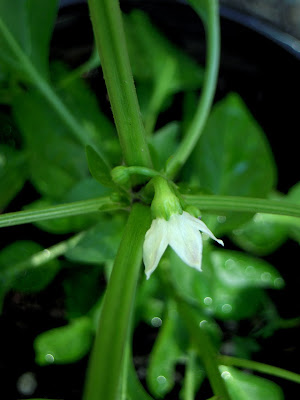 This has been a very strange gardening season in the Pacific Northwest. Early spring was going along great, but late spring was colder and rainier than usual. Everything got a slow start. Everything got planted later which meant a shorter growing season. Its been touch and go all summer long. The garlic and shallots planted last fall/winter did do well though! 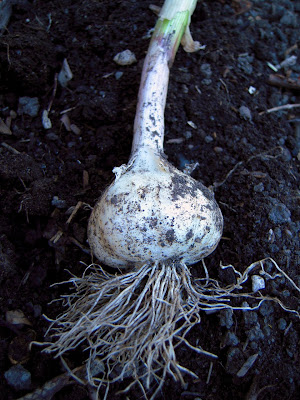 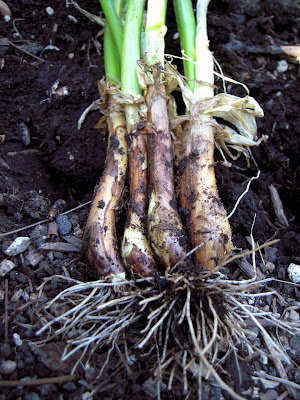 Late summer harvest plants such as chili peppers flowered later this year, so in order to guarantee they receive as much sunlight as possible we put them on a wagon to keep them in the sun all day long. We think it helped, but the blooms did come late and the weather is transitioning to fall quickly. 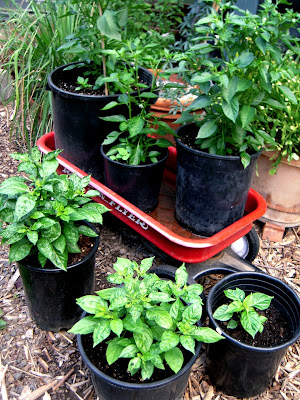 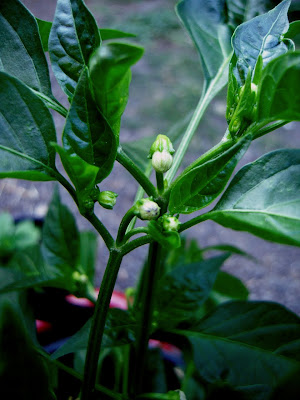 This year we tried to grow a few new vegetables we haven't grown before and they did pretty well. There were sweet as can be beets, which provided several rounds of beet green harvests. 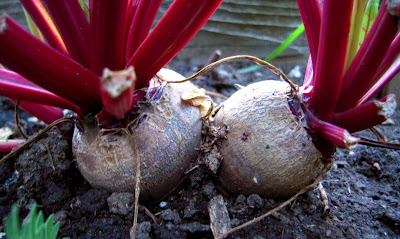 We grew carrots for the first time, which looked beautiful. The leaves were green and strong, the tops began to pop out the soil, but when we pulled them, we got tiny nubby little carrots. Maybe we crowded them. Shrug. 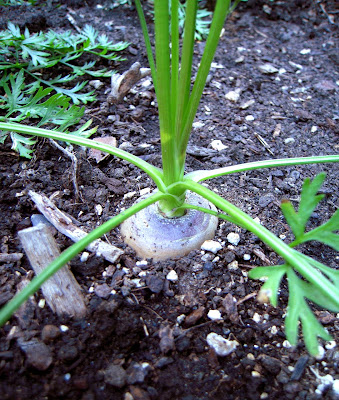 We also grew corn for the first time and it was touch and go for several weeks, in fact we forgot all about them when the kombucha squash didn't do much. We haven't tried them yet, we're just happy to see them grow for now. 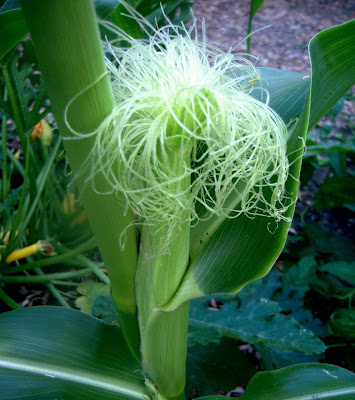 We planted one cucumber when a corner of our raised bed opened up after the bok choy died, ravished by snails. Cucumbers seem to be a difficult plant to grow this year with all the late spring rain and below average temperatures. We planted our plant a little later in the season and have harvested about 10 cucumbers so far. 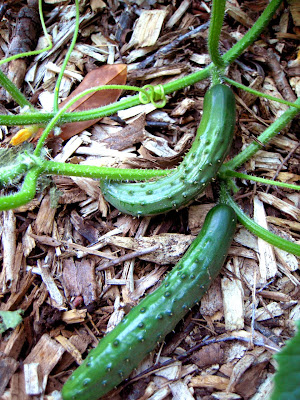 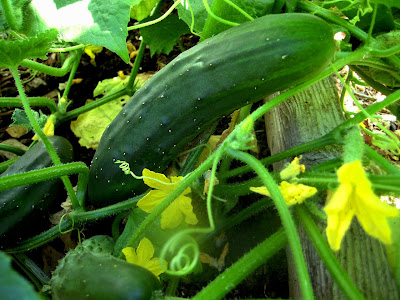 We planted some new herbs this year also. We decided to grow two kinds of shisho, the dark purple variety and the leafy green variety. Both plants thrived and looked beautiful with their wide lush leaves. 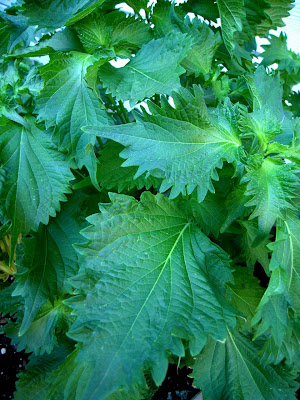 We planted a wide variety of greens this year as well, from various lettuces to collard greens. Leafy greens have turned to be our staple plant to grow and every year we plant chard, which did well from the moment we planted it. One plant did have a strange growing habit and shot tall, but still provided beautiful large chard leaves. It is an odd sight. 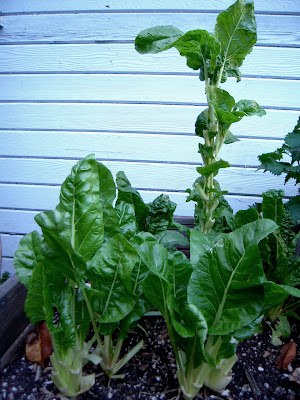 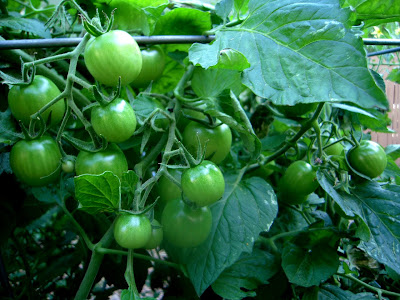