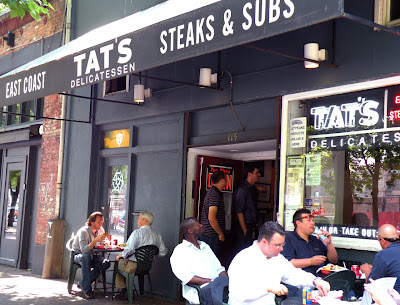 Seattle is a quick and simple train ride or straight shot on I-5, so a long weekend in the Emerald City is a great excuse to visit one of our favorite sub shops Tat's Delicatessen.A long weekend is exactly what we need because Tat's is only open M-F and only during the day, or until they run out of bread, which is what happened the last two times we went and we were the lucky ones who snagged the last rolls of bread. However we heard Tat's finally expanded their hours until the dinner hour and is now open on Saturdays!

What makes Tat's so great? Their East Coast Style subs and sandwiches, in particular the Tat'strami - a pastrami cheesesteak with cole slaw, melted swiss and Russian dressing. The picture below shows the Tat'strami not on the traditional Italian roll, but on toasted rye. We mentioned they have a tendency to run out of bread right? 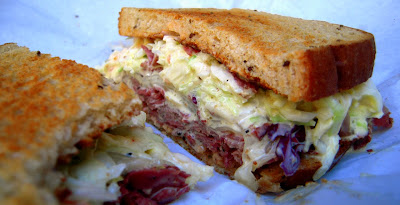 Another favorite of ours is the traditional Philly Cheesesteak. These guys are from Philly so they really know what they're doing. 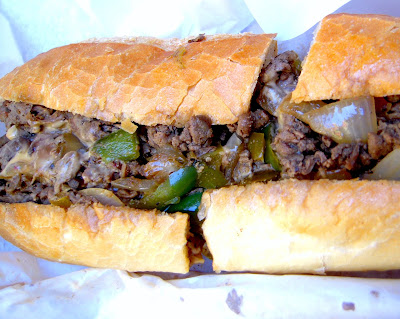 Tat's recently moved around the corner from their original location in Pioneer Square. Probably into a larger space explaining the extended hours, addition of Saturdays and now serving breakfast! A Philly cheesesteak with a fried egg to start the day - YES, PLEASE! 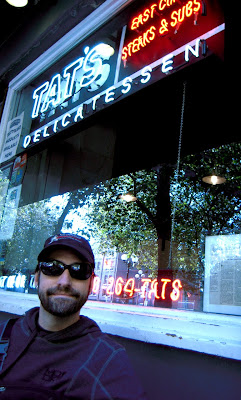