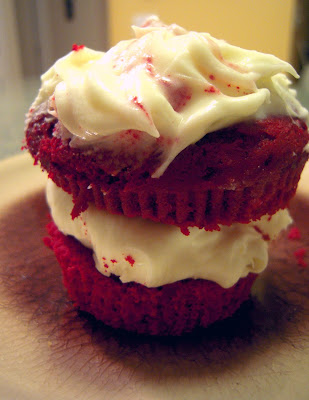 I've been a little obsessed with baking lately and decided I wanted to make my own birthday cake this year. Surprisingly more than one person found that somewhat sad. I even had a few people offer to make me a birthday cake or at least buy me one. But I was more interested in making one for myself.

Baking sweets can be so simple. The basic ingredients are items we have around the house at any given time - flour, sugar, butter, eggs, vanilla extract and sometimes cream, milk or buttermilk. I had been successful in applying my kitchen clean-up skills to other baked goods such as chocolate cupcakes I decided on a whim to make on a random Sunday night that turned out terrifically moist and yummy! 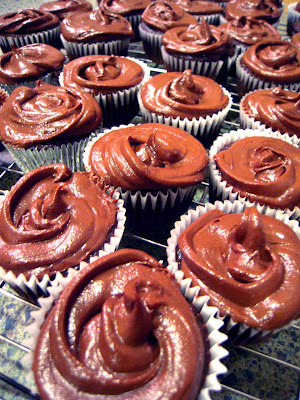 Soon I had another late night craving for butter cream, and also because we had a ton of butter sticks for some reason, had me whipping up cookie sandwiches with butter cream frosting on the inside that were moist, chewy, chocolaty and buttery - dangerously delicious. 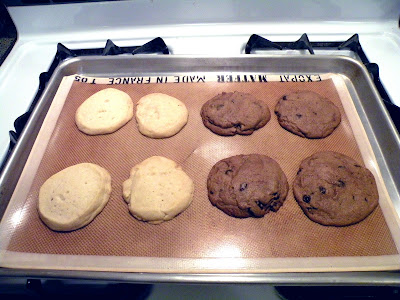 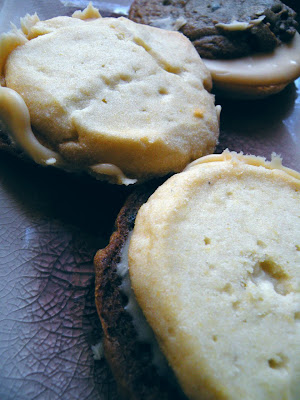 So what kind of cake did I want to make for myself? I love cream cakes and a Boston Cream cake seemed like the obvious choice, but I decided I wanted to make a more traditional cake. I did an internet search for cake recipes and found myself drawn to the look of a Red Velvet Cake. I liked how the vibrant red cake hid behind the white cream cheese frosting.

Red Velvet Cake is basically a mild cocoa cake with a ton of red food coloring. I liked the idea of a tangy cream cheese frosting counterbalancing the cocoa cake. Yup, Red Velvet Cake it would be. Since this was a baking adventure planned well in advance I was able to research and look for that unique Red Velvet Cake recipe. But I found that most of the cakes were basically the same with very little variation among the recipes.

Known traditionally as a southern cake, I found it interesting that most of the recipes were from a historic recipe from the Waldorf Astoria in New York City. The inclusion of vinegar and buttermilk in some recipes did heighten my interest and I set out to bake a small personal birthday cake. My secret ingredient? Tandoori chicken raspberry food color we had bought at the Indian store a while back. The intense red color only needed a little of the powder tandoori food coloring compared to the ounces of traditional red food color. 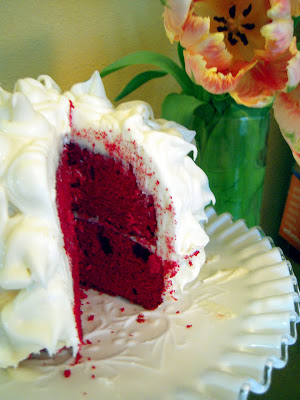 The recipe I used was portioned for a normal cake size with 3 layers of cake. Well I may have the basic ingredients for baking, but I fell short on the cake pans. I didn't even have one. I improvised and used souffle pans, which meant lots of left over batter. I decided to make cupcakes and take them to my birthday brunch, which didn't travel well, especially since they were transported in my bicycle rack - ooopppsss. And the cream cheese frosting looked best when cold. So, the cupcakes weren't pretty, but they sure tasted good.

And don't even ask about the frosting. There was so much cream cheese frosting that I ended up splitting some of the cupcakes and rebuilding them with frosting in the middle. And when that still left me with cups of frosting I thought I'll just embellish my cake with some decorative frosting over the already generous frosting. It may not have looked pretty, but I made it with my own two hands and it was good. 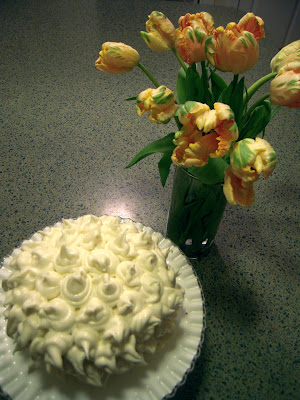 A week later I realized I still had buttermilk and again decided to do a late night clean up and made sugar cookies and chocolate brownies from recipes calling for buttermilk. The sugar cookie dough was rolled up in parchment and placed in the freezer for late night cravings and last minute cookie gifts. With only having to buy a container of buttermilk and some more sugar I was able to make 3 baked goods, a triumph in my opinion.

Sift together the cake flour, baking soda, and salt into a medium bowl, set aside.

In a small bowl, mix food coloring and cocoa powder to form a thin paste with lumps, set aside.

In a small bowl mix vinegar and baking soda. Add to the cake batter and stir in well. Divide batter evenly between the cake pans and place them in the oven for approximately 25-30 minutes. Check a little before time is up with a toothpick. It is done when the toothpick inserted in the center comes out clean.

Cool the cakes in their pans for 10 minutes. Allow the cakes to cool completely before frosting.

Blend cream cheese and butter together with a mixer until smooth. On low speed blend in powdered sugar, salt and vanilla extract. Once fully blended either use immediately or refrigerate. If refrigerating allow frosting to come to room temperature before applying to cake.

If you like sweeter frosting add more powdered sugar up to 4 cups, but know that will lessen the tangy flavor of the cream cheese