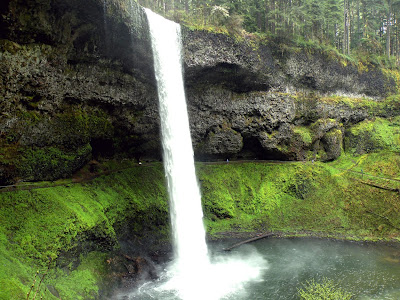 There are so many day trips easily done from Portland. From the Oregon coast to the Columbia River Gorge to Mt. Hood to the numerous river areas just outside the city, there is plenty to keep you busy if you like the great outdoors.

When we heard the Oregon Gardens, just south of the city, was having their annual beer festival we decided to make a day of it and go to Silver Falls for a hike under some waterfalls before getting sauced up on some of the state's local brews. 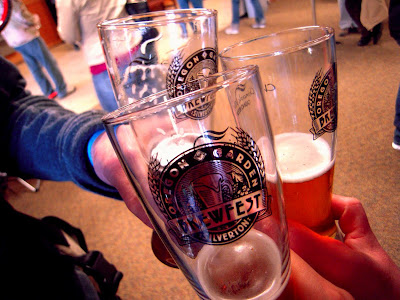 It is our personal belief hiking in Oregon is best in the early spring and fall. Summer hiking does provide opportunity for vantage points and unmuddy trails, but it also means crowds and there is something about the Oregon forests when the trees are leaf-less and the wet moss shines. 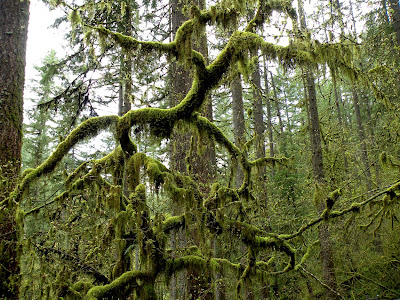 When we arrived at Silver Falls we checked out the map and decided to do the South Falls Loop. As we headed down the trail within a few minutes we could hear then see the large South Falls. The trail loops right underneath the falls and immediately, like most of the hikers, we wanted to head right in. 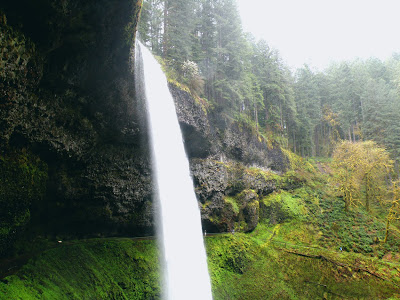 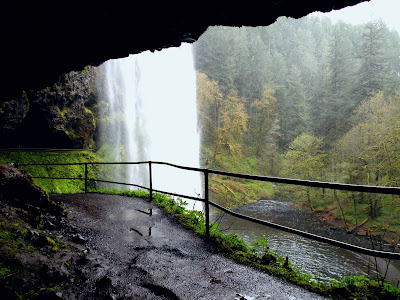 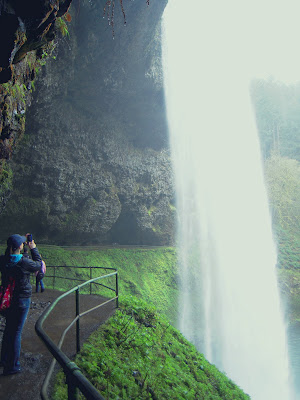 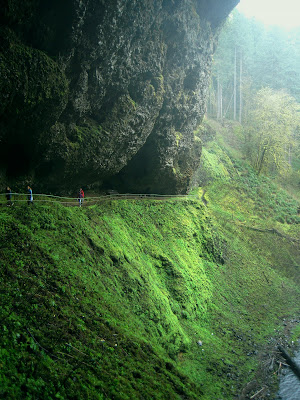 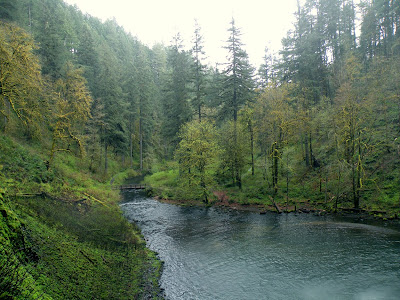 Along the creek bed we could see little inlets that lead directly to the water's edge. By summertime this would all be flooded, but for now it was an open canopy for us to explore. 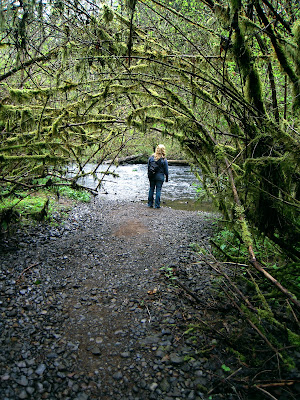 We continued along the hiking trail to the next waterfall Lower South Falls. Not as tall as the first South Falls, but wider and much louder underneath. 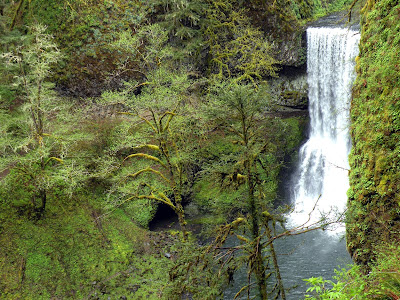 We hiked along the trail until we came to a marker and decided that it was close to beer festival time and decided to looped back to the parking area. The beauty of hiking in the Pacific Northwest isn't necessarily the breath taking views (there are those also) but the crazy plants that a wet ecosystem as ours provides. 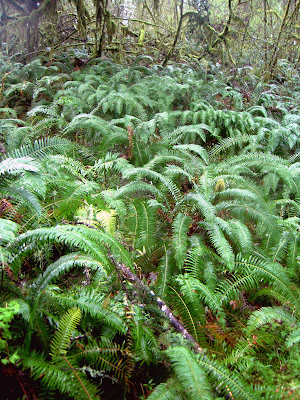 Everything that goes down must come up, isn't that the saying? Something like that...well that is definitely true of waterfall hikes, to reach the bottom of one you must hike back up. By the time we arrived at the trail head we were ready to plow into our Petite Provence sandwiches and head on over to the Oregon Gardens for the beer festival.

On our way out of town we hit up Petite Provence Bakery for some breakfast goodies and sandwiches for after the hike. When we got to the car and opened up our togo sandwich containers, boy did we feel like we were being rewarded for the uphill hike back.

It seems we are on a roll with simple European inspired foods. First Piazza Italia and now Petite Provence. The grilled eggplant and vegetable sandwich was perfectly light, with grill toasted bread and veggies that weren't pressed together with a bunch of cheese like most sandwiches these days. This sandwich was cold so the taste of the bread and the grilled vegetables were the main flavors. The thick spongy bread was very lightly dressed with mustard and nothing else, leaving the sandwich refreshingly basic. Not a lot of pungent flavors, just thick, chewy, hearty and healthy tasting food. 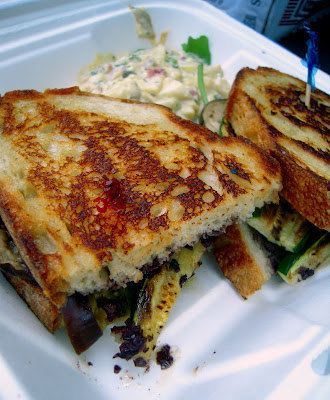 After our quick car-side picnic lunch, we happily piled back into the car and headed up to the Oregon Gardens. As we were directed to the parking lot for those there for the beer festival, we kept our eyes peeled for the Gordon House, which was designed by Frank Lloyd Wright.

The Oregon Gardens is relatively new, with groundbreaking occurring only 13 years ago in 1997. This was our first time visiting. The gardens are made up of 20 specialty gardens that have unique vantage points, ponds and water features, themes and collections of plants. 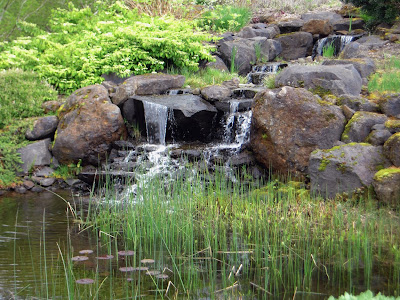 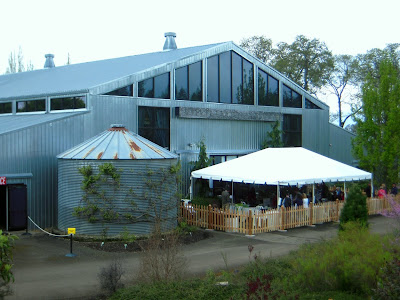 With the Oregon Garden being the main draw for us to come to this beer festival, we were pleasantly surprised that this beer festival focused on breweries traditionally out of the range of Portland's competitive beer culture. Most of the breweries were in the southern part of the state, northern California, and there were even traditional European beers there. 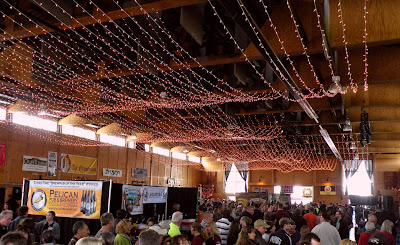 Unlike some beer festivals we've been to in the past, we came away from the Oregon Garden Beer festival with some notable beers. Our favorite? Full Sail's Hop Pursuit Extra Pale. Notable beers were Oakshire Brewing's Watershed IPA, Firestone Walker's DBA (Double Barrel Ale) and the yummy Crispin Original Cider. Other notable beers were Calapooia Brewery's Chili Beer, it tasted like drinking fizzy jalapenos juice and Gilgamesh Brewing's Black Mamba, beer brewed with black tea leaves instead of hops with tangerine zest - both bad bad bad ideas. 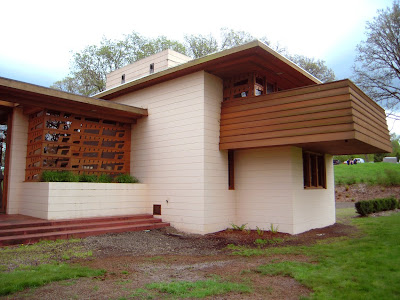 As we approached the house we noticed immediately a lack of landscaping around the house, this is the Oregon Garden, right? Maybe they didn't want to distract from the house, but the straight lines, interesting accents, and decorative use of natural materials would have been difficult to hide. 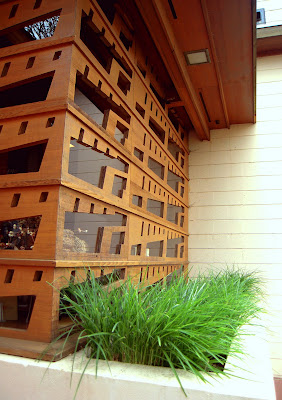 We headed back up to the main garden area and decided to make our way through the Spanish inspired Bosque Garden which is was made up of 4 brick reflecting ponds. 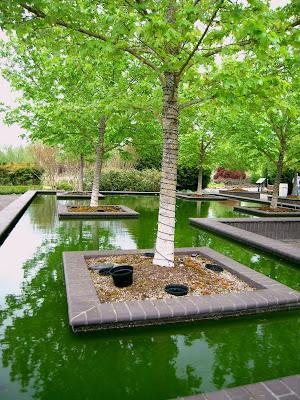 As we made our way through the garden and back to the parking area we knew we would be back to see the garden someday, but maybe after it's had some time to fill in a bit more. But we will definitely be back next year for the 7th annual beer festival.