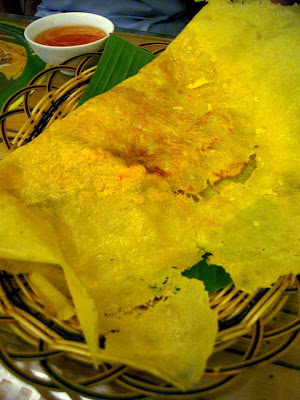 Banh Xeo or Vietnamese crepes is a must-do dining experience in Viet Nam. Nothing compares to getting a hot-off-the-wok thin crispy tumeric banh xeo. They are such a beloved item that in Saigon there is an alleyway filled with banh xeo restaurants one after another selling these large savory crepes. We had eaten the central Vietnam version Banh Khoi back in Hoi An and we were looking forward to eating the larger southern version found in Saigon and all along the Mekong region.

But as we mentioned in an earlier post, Tet New Year finds many establishments closed for the holiday. And we soon found that the whole alleyway was a virtual ghost town, but not to fear our hip young taxi driver said he knew of an even better place and even joked that once we ate at this establishment we would forget about Banh Xeo Alleyway all together. 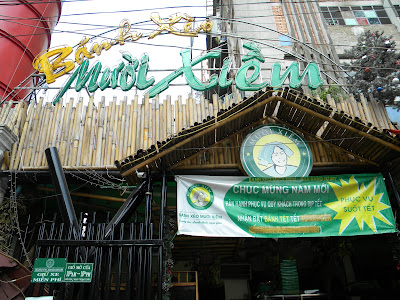 Since it was late afternoon the restaurant was emptying out and we quickly were given a table and we immediately began flipping through the extensive menu, which was even shaped like a folded banh xeo. 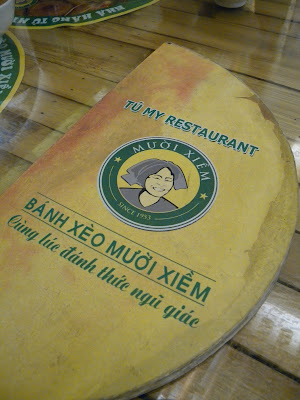 The menu was categorized by savory fillings and we quickly narrowed our selection of seafood and pork combos we wanted to try.

But what was this? Something new? Somethng called Banh Khot? We had never heard of it. The pictures on the menu looked good and we decided to try the shrimp and minced pork with creamy mung beans. Wow these were dynamite! Much denser than banh xeo. Made with a creamy mung bean that was the superstar ingredient in the banh xeo we had over a year ago in the Mekong Delta. 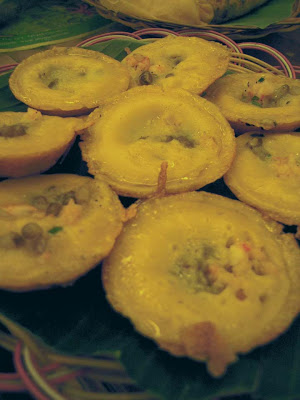 Made by pouring the batter into what looked like a large cast iron egg poacher over a high propane flame, the banh khot were hefty little pancakes that were creamy from the deep cast iron pan and soaked mung beans, with the salty flavor coming from the shrimp and pork. 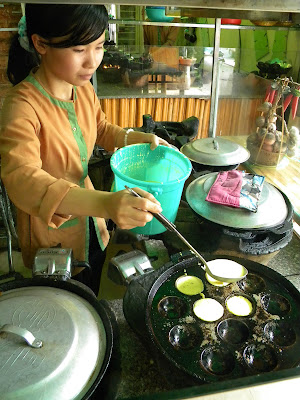 Like with most Vietnamese meals, our order came with a large basket of greens, a prepared fish sauce for dipping and spicy red chilis for the perfect bite each time. 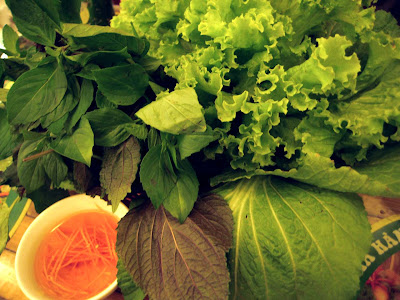 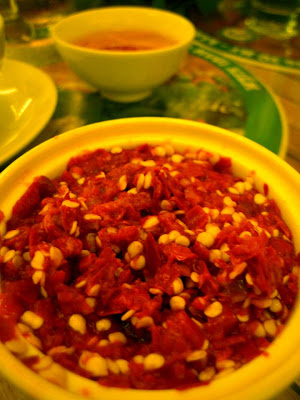 Just when we thought we had already too many must-eats in Saigon another one is added to the list.