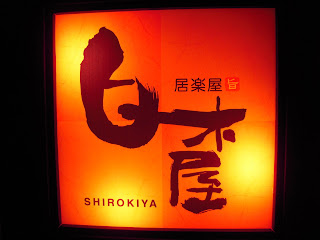 After a day of running around Harajuku in the rain, we returned to our neighborhood of Jimbocho and decided to have dinner somewhere close.  We asked the receptionist at our hotel where the nearest Mos Burger was, but was told Shinjuku was the closest so we asked if there was a good Izakaya (Japanese pub) near by.  We were told there was a good one just at the end of the alleyway.

We bundled up and headed out.  We had asked the receptionist to write out the kanji for Izakaya and easily found the one she suggested.  Upstairs from the convenient store and we walked into a stylish, hip and inviting eatery filled with young Tokyoites – yes!

We were seated in a cozy booth and quickly given towels to wipe our hands and a beautifully linen bound wooden menu. 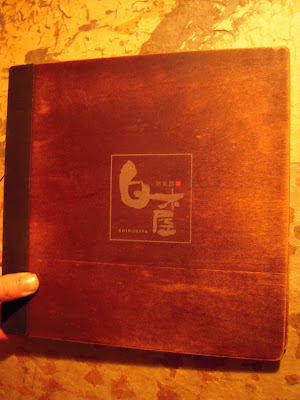 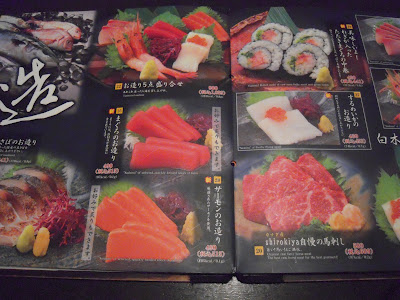 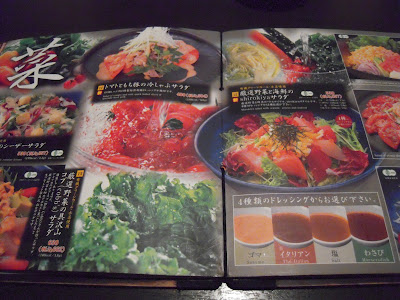 We narrowed it to 15 items, then down to 8 and finally to 4 after we saw the portions.  Two salads – corn & tuna salad and a Shirokiya sashimi green salad; a tuna and green onion sushi roll and kara age chicken. Everything was outstanding and for what we paid we couldn't be happier. 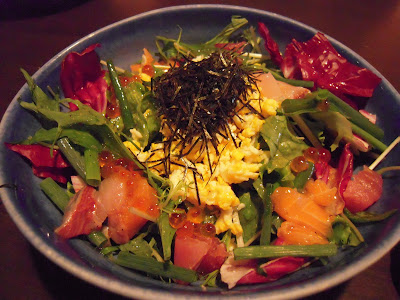 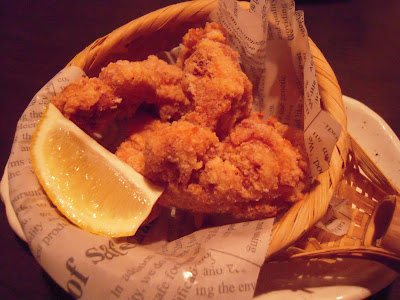 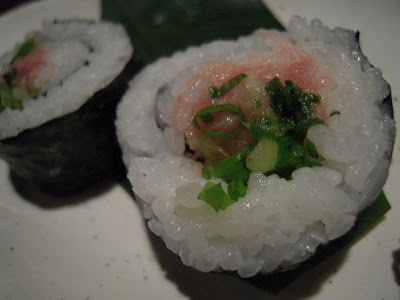 And of course we couldn’t come to a Izakaya without getting a drink or two.  And the number one beverage on my list while in Japan was a Shoju made with plum liquor and fresh grapefruit.  Mike had a tall frothy glass of Kirin beer – Kampai! 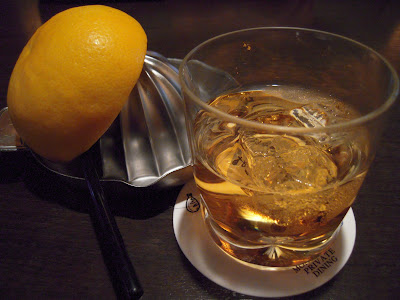 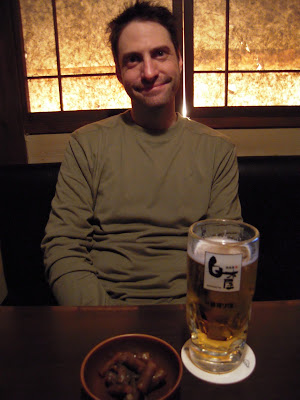