In Tokyo at the Hotel Sakura, which felt more like a hostel than a hotel, especially when the Brazilian rock band touring Japan moved in next door. 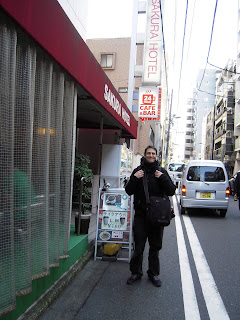 The room was TINY with barely enough room for the bed, let alone a table and chair. 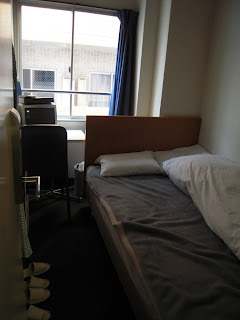 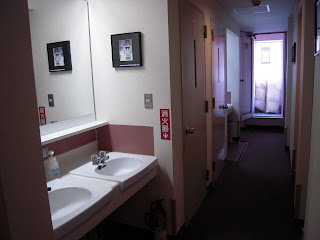 But it was the little ingenious things that made Hotel Sakura so Japanese.  Such as the toilets were multi-functional that had a sink instead of a covered tank which allowed you to rinse your hands upon flushing which was handy since the sinks were in the hallway. 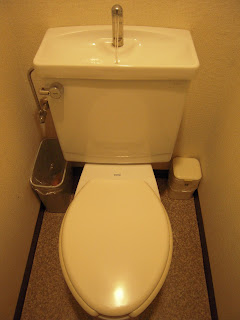 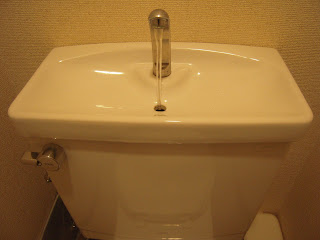 The doors to each room were metal and the door stops had magnets on them so you could easily kick the door stop and it would align and attach to the door so you could prop it easily - so simply, but ingenious and very helpful (kind of like the Japanese themselves). 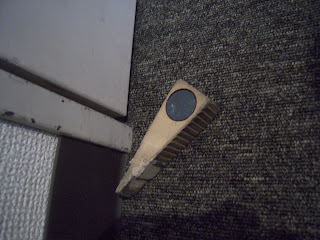 We didn't spend much time in our room, but the 24 hour cafe and bar was frequently visited by all kinds of people from the neighborhood.


In Kyoto, we stayed at a ryokan or Japanese Inn that was more like a hostel that catered to a very young crowd of backpackers, with a communal kitchen, courtyard and outdoor patio for smoking. K's House was partially traditional with a tatami dining room and zen courtyard connecting the two buildings. 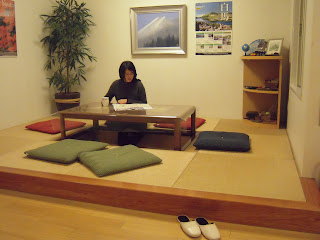 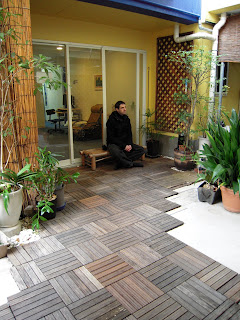 We also had to remove our shoes and place them in a locker and walk around in dangerous two-left-footed slippers. 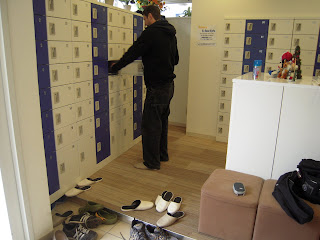 K's House is also very modern and hip with cool decor and a trendy bar and the bathrooms had the fancy heated Japanese toilets. 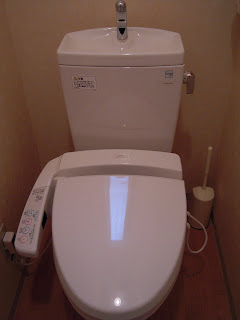 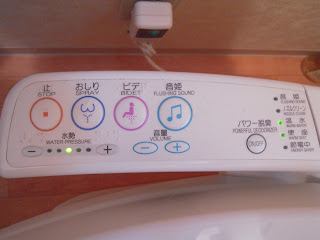 Unfortunately the only double room they had during our stay had bunk beds. 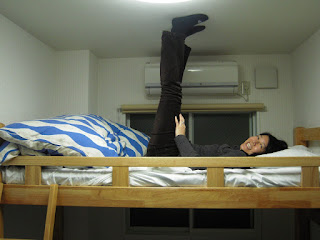 Our most unique guesthouse we stayed at was in Osaka - The U-en. 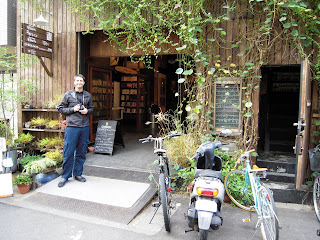 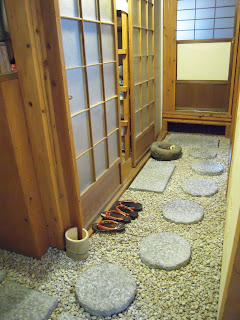 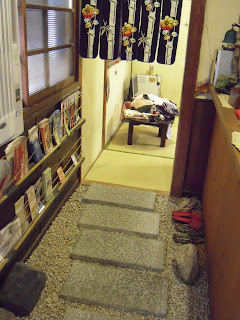 The rooms were traditional tatami style rooms, sparsely decorated, that locked with a padlock and you could hear everything through the shoji screen doors. 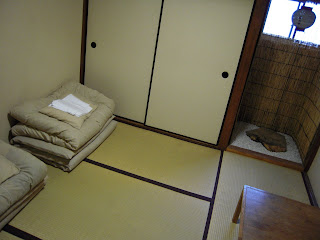 When we arrived late in the evening it looked like we were walking into a mechanics shop with the three wheel pick-up truck in the garage door entry. 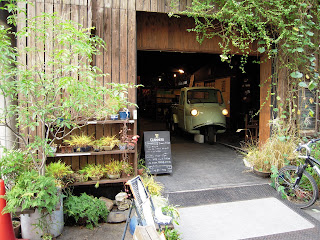 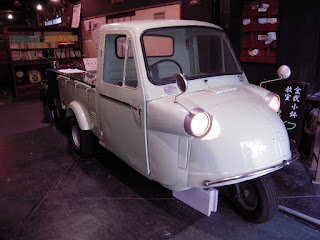 The shower was very interesting to say the least - do you sit on the plastic stool or stand on the wooden plank? However the little touches, such as the ceramic bathroom sink added to the unique character of the U-en guesthouse. 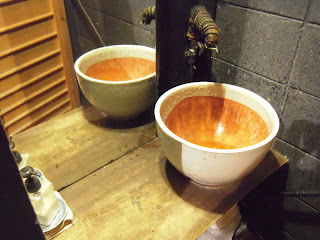 Of course everyone was wonderfully helpful and really nice. We would stay at all three all over again. Final thoughts of Japan: No tipping culture and received the best service in the world.  The food. The people. The gadgets. The efficiency. The cartoon everything. The modern with the traditional. Temples in shopping malls. The underground culture and subways. The cavernous maze of consumerism. The over-politeness and sterile environment. In other words - can't wait to go back! Arigato Japan!
Posted by Buddha Bellies at Tuesday, December 09, 2008