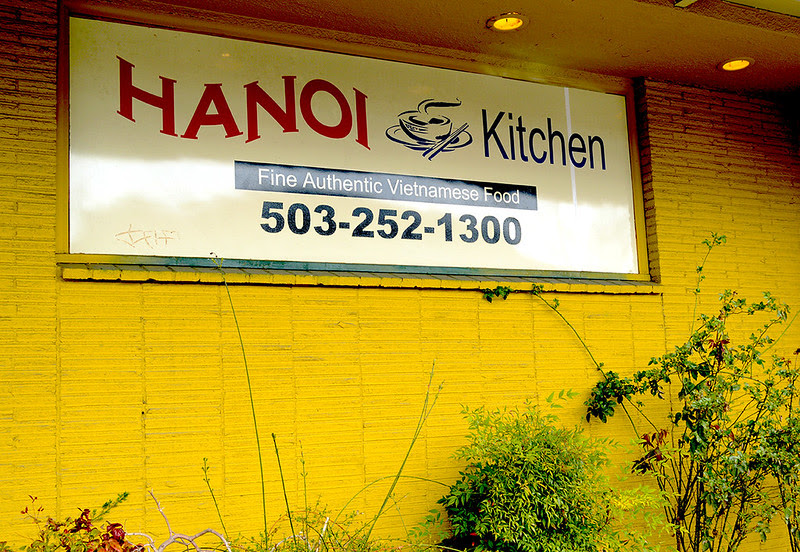 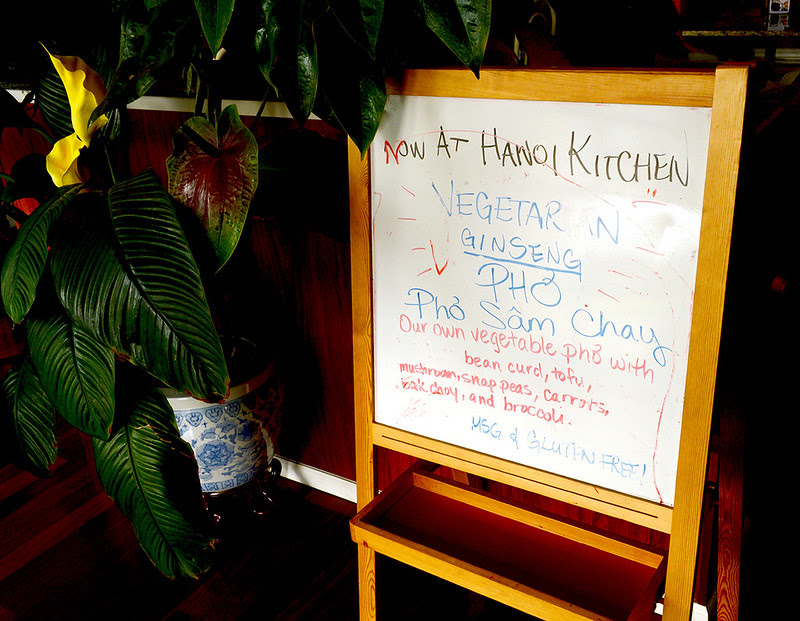 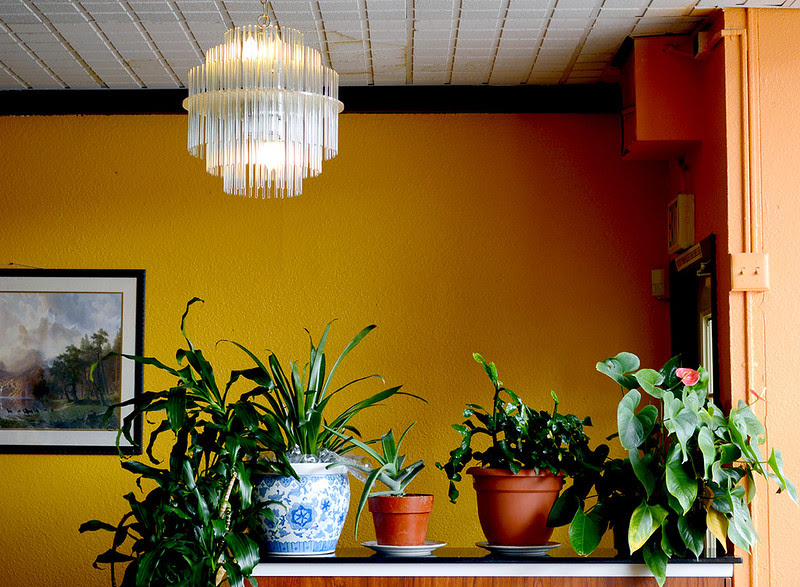 This past weekend we discovered a little Vietnamese gem of a restaurant. It definitely wasn't perfect, but a vast improvement on the faux-Vietnamese restaurants in Portland as of late.  Back in the late 80s and early 90s NE Glisan Street slowly started to become home to numerous Vietnamese businesses - tailors, souvenir stores, billiard halls, baguette shops and restaurants. Then it all sort of went bust and businesses scattered to parts of 82nd Avenue and other NE neighbors; gone was the never-to-be centralized Vietnamese business district. However, some Vietnamese businesses changed hands and a few have remained on NE Glisan between NE 69th & 82nd. That's where we found Hanoi Kitchen. The menu seems basic with typical items such as soups, salads, and rice and noodles plates. Dig deeper and there are numerous dishes not typically seen at newer (ie watered down) Vietnamese restaurants such as their specialty soups, shredded pork rolls, broken rice plates and steamed rice crepes! Thanks to our good friends and their Vietnamese food loving boyfriends we enjoyed a healthy and delicious Vietnamese lunch we didn't think we'd find without venturing further into 82nd.


We were enticed to try Hanoi Kitchen by the list of their specialty soups, and in particular the central Vietnam specialty of Bun Bo Hue (spicy thick noodle soup served with shredded banana flower, lettuce and thick cuts of brisket). Possibly due to the heavy Sunday brunch crowd, the Bun Bo-based soups were sold out, including the Bun Bo Gio Cua (spicy beef soup with house-made crab patties) - tragic, but we heard they had plenty of other specialties to try.

One of those specialties were psyched to try was their steamed rice crepes. Hanoi Kitchen offered two varieties of their steamed rice cakes, wrapped or wet shreds. Previously we had tried steamed rice crepes at one of those aforementioned watered down establishments and enjoyed them, but Hanoi's Kitchen's version quickly out shined the competition, with a hefty portion of pulled shredded shrimp threads, fried shallots, lots of seasonal herbs and a perfectly seasoned fish sauce ($6.75). 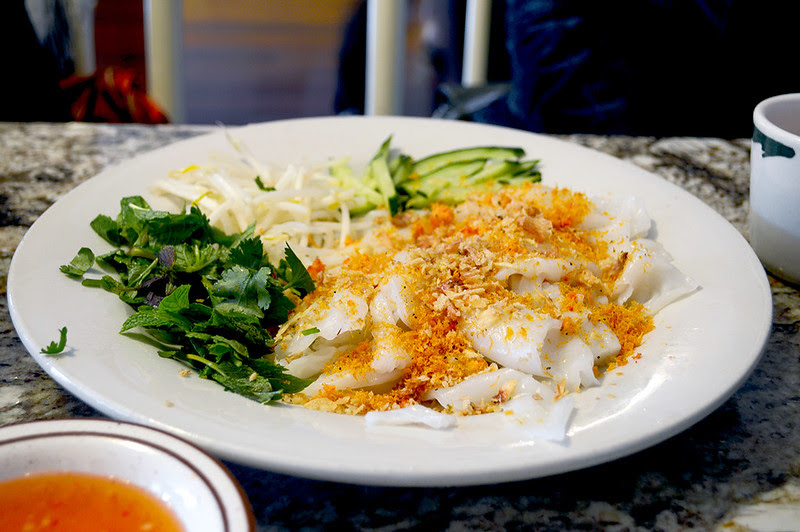 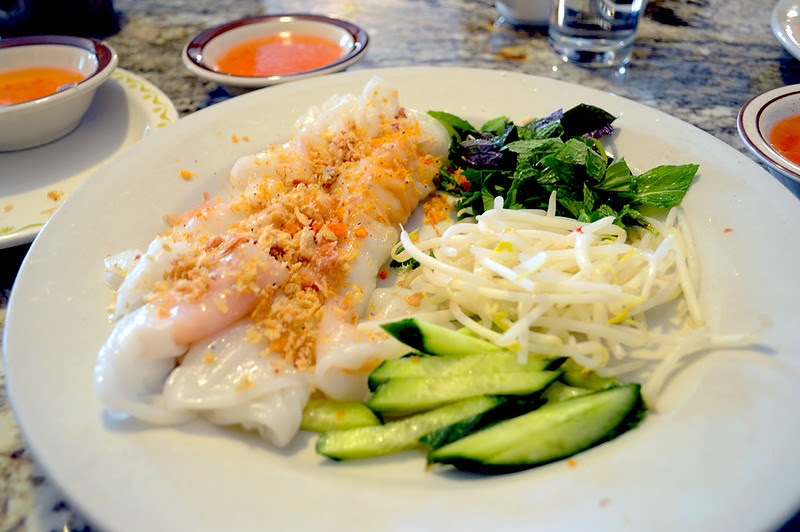 When Mike was told the specialty Beef Noodle with Crab Patty soup were sold out, he quickly switched gears and ordered the house special noodle bowl, which turned out to be a good decision. This noodle bowl was huge with classic Vietnamese noodle bowl ingredients such as lemongrass pork, an eggroll, grilled shrimp and sugarcane shrimp. What made this noodle bowl stand out? The outstanding amount of fresh herbs, this bowl was fully loaded with mint, cilantro, basil, perilla and lettuce. The fish sauce was tart, sweet, salty and not a bit watered down. This bowl was enough for two meals ($7.95)! 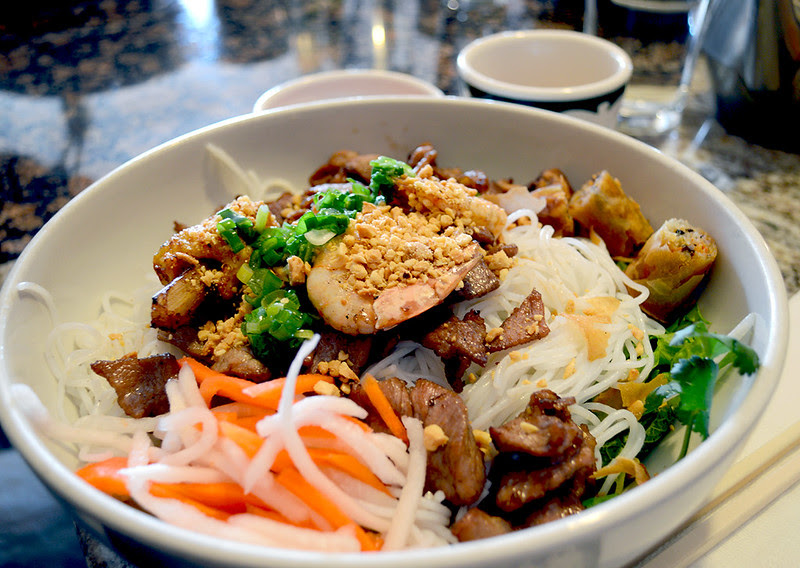 It is rare to find broken rice plates on Portland Vietnamese restaurant menus, so when I saw Hanoi Kitchen had a whole section of plates available, I zero'd-in on the special plate with lemongrass pork, grilled shrimp and a steamed patty. The patty was absolutely disgusting (dry and possible days old), but the pork chop was well seasoned and finger licking good. I poured my fish sauce all over the plate, mixed it up and ate it by the spoonful ($8). 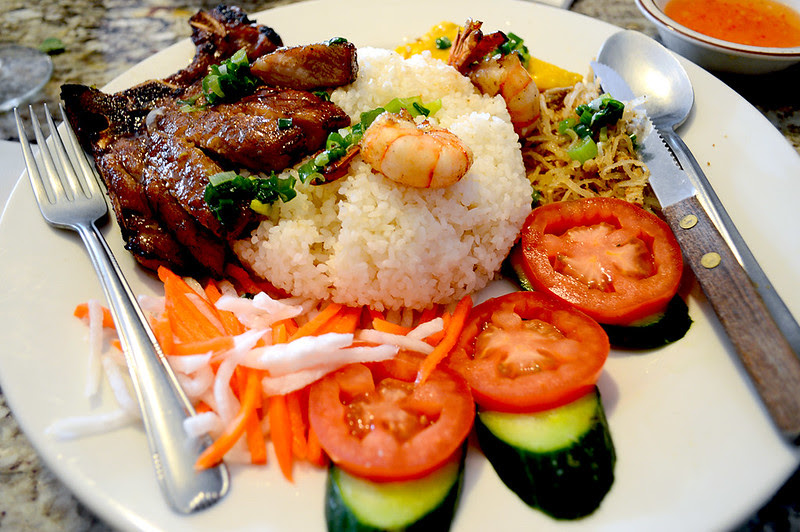 As we payed our tab, I was magnetically drawn to the heat lamp, which held a beautiful pile of house made sesame balls. If you are a fan of mochi desserts, these crispy fried sesame versions filled with taro, pinto, yellow bean and even durain fruit will put a smile on your face ($1 each). 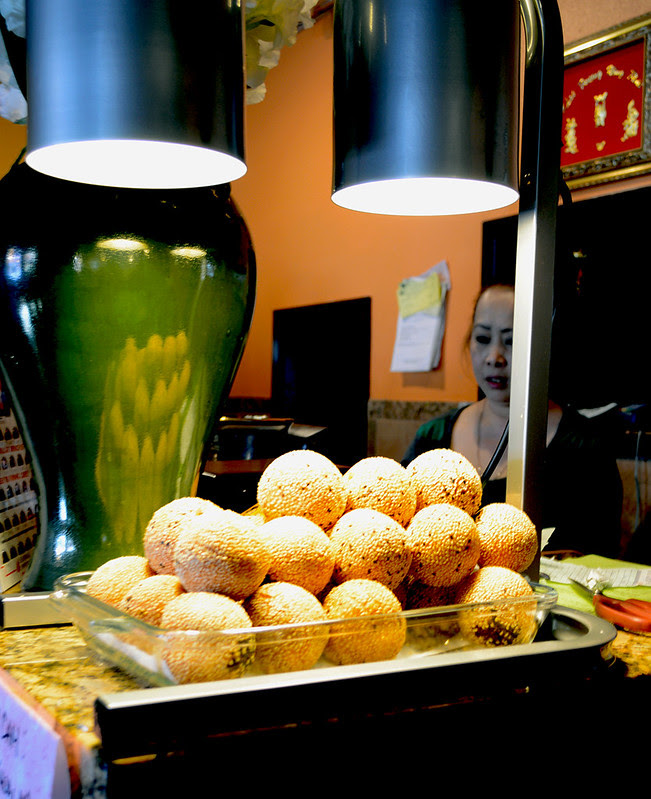 Hanoi Kitchen was a complete surprise. The prices were terrific and the food was great. We will be back to try their specialty Bun Bo Hue and report back!

We just had dinner at Hanoi Kitchen. The crepes were delicious. Thanks for the recommendation.