Mike was sick for a solid 2 weeks! 2 weeks! That's a long time to be hauled up indoors moving from the couch to the bed. We're not sure what he had, it wasn't a cold (no coughing, stuffy head or chest issues), just aches and the chills. But he sure did have an appetite, so I played nurse-maid for two weeks and cooked. A lot.

Before Mike got sick we had made a large pot of congee or rice porridge, which was Mike's savior the first week when he had no energy to do anything other than heat up a pot of the terrific ginger and black pepper soother. We ate lots of sandwiches, peanut butter and tuna. We cleaned out the refrigerator, starting first by turning  a pot of collard greens into pot liquor soup. Then we turned to the freezer and found some miscellaneous scraps of ground pork and beef, discovered half a box of spaghetti pasta and a jar of our home stewed tomatoes from the summer, and voila - spaghetti and meatballs to get Mike's energy up. By the second weekend Mike was feeling better and we immediately accepted a last minute invite to get some spicy seafood soup. 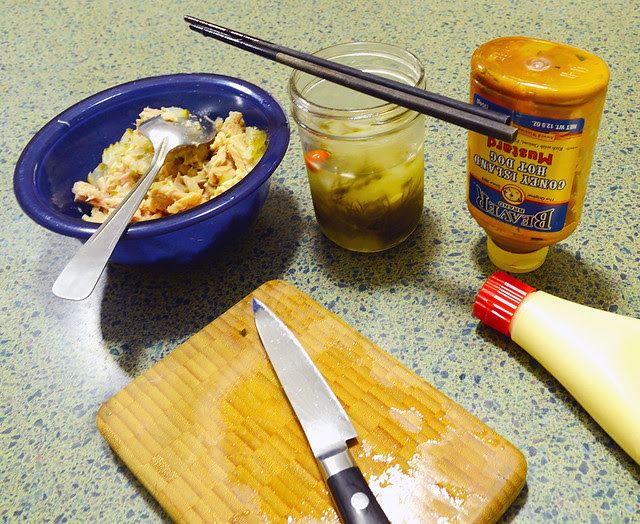 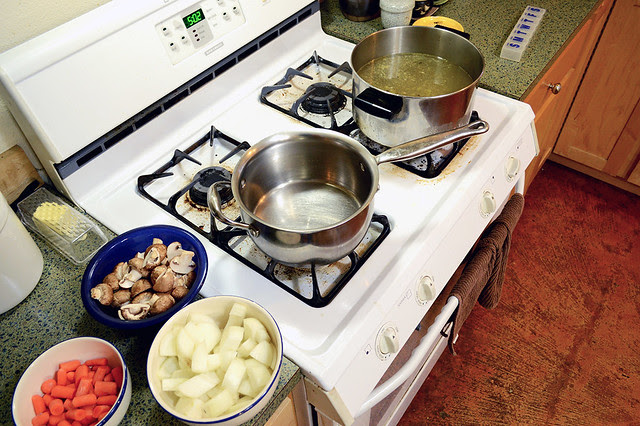 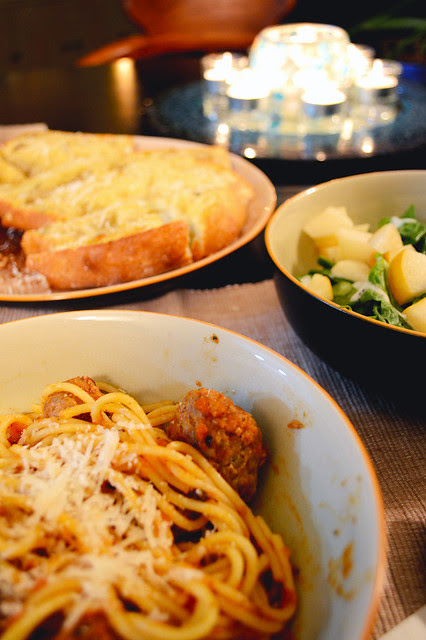 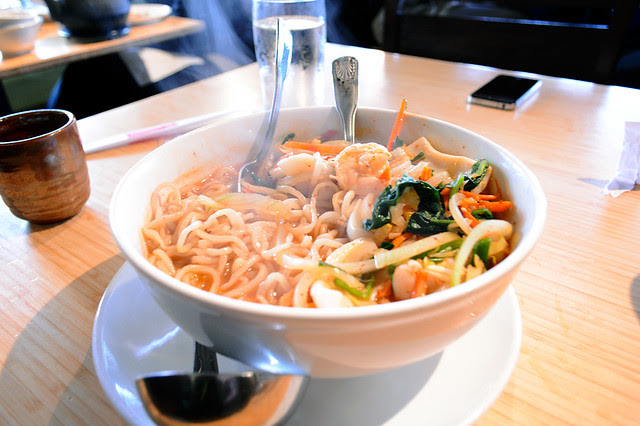 Even though it wasn't the funnest two weeks, we got much of the house cleaned and ate really well. Now Mike's energy is back just in time for Thanksgiving.
Posted by Buddha Bellies at Tuesday, November 20, 2012