After only a few minutes discussing food with us, you will quickly realize we have a true and deep fascination with one particular country's food - Japan's. As you delve deeper beyond sushi, raman, teriyaki, and yakisoba noodles a pattern of certain ingredients presents itself and the infinite ways to use such a limited number of ingredients in infinite dishes is insane to comprehend. We love love love it!

Our food gods finally answered our prayers for a proper Japanese Izakaya with the recent opening of Shigezo Izakaya in downtown Portland. An izakaya is a Japanese pub and you better believe we quickly memorized the Japanese kanji for izakaya while traveling through Japan. The minute we stepped up to the door we knew we were going to like this place. 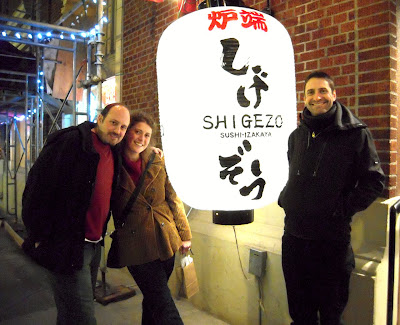 When we were in Japan we ate almost daily at an izakaya and each one was memorable in aesthetic and food. Shigezo did not disappoint and kept our fond memories of cozy wood interiors, comforting food, beers, sake drinks and casual atmosphere in tact. 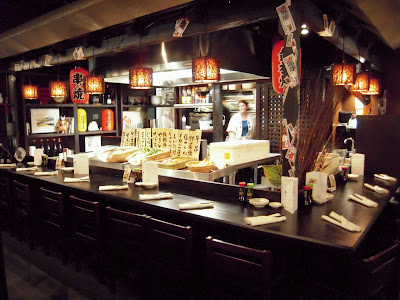 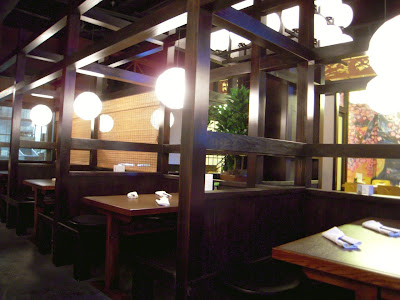 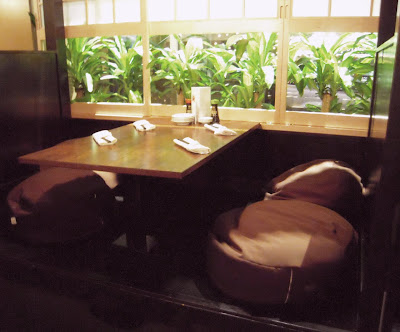 Recently we have become obsessed with getting a kotatsu table for the studio. Shigezo even had a cozy kotatsu room for those cold Portland winters. 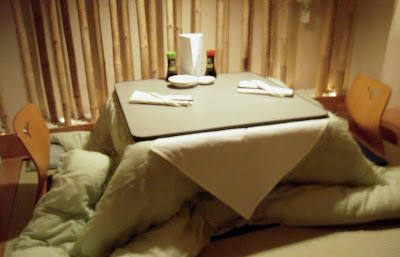 So, how was Shigezo's food? The izakayas we know of typically have HUGE menus. Page after page of food. Shigezo - not so much, but their happy hour was well priced and had the typical izakaya food represented. And in typical izakaya style we ordered a few drinks, some food, ate it, chatted for a bit, ordered some more food and drinks and began the cycle all over again for several hours. It was leisurely and casual, the way all izakaya meals should be.

Here are only a few items we ordered. We were celebrating birthdays and there was a lot of plates and drinks tossed around so we put down the camera and joined in the celebrating! 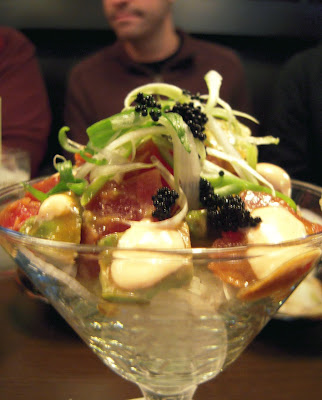 Avocado Tuna Cocktail. Served in a cocktail glass on a bed of spun daikon radish. Delicious, the similar textures of the avocado and tuna are a match made in heaven! This dish tested our desire to only eat sustainable fish, which tuna is currently not. It is certain times of the year, but not during the winter months in Portland. Oh well, we can't always be saints and if this dish represented the devil - call us sinners! 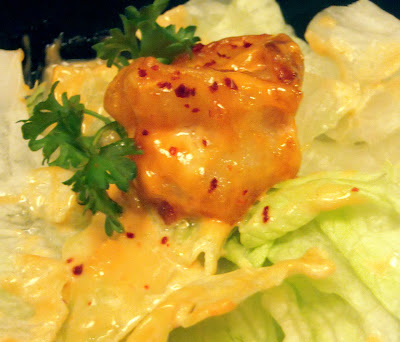 Ebi Mayo, battered and fried shrimp in a spicy mayo. You can find this dish on most Chinese restaurants, but Shigezo's version is far superior, with light and crispy shrimp that had a nice bite to them. The key was the spicy mayo, which wasn't heavy and provided a nice tang. Ba & Me may even like these. 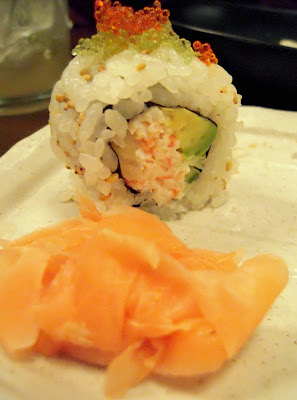 California Roll. The table actually ordered spicy tuna rolls and Alaskan rolls before trying the California roll. The true and usually not scrutinized aspect of sushi is the rice. A somewhat labor-intensive rice that will make or break your sushi and Shigezo's was really good. Rolls fillings were well balanced. Sushi rolls should have layers of flavors and most importantly layers of textures in your mouth (something other cuisines outside of Asia rarely take into consideration) and Shigezo's rolls had crunch, creamy, pungent and delicate flavors and tastes. Score! 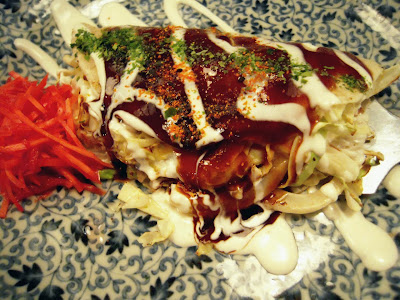 House Okonomiyaki. We had to wait until the clock hit 5pm to order this dish, our most anticipated of the night. Off the dinner menu's hot appetizers, the okonomiyaki consisted of pork and squid (two items we usually don't put into okonomiyaki when we make it at home) and since this is an izakaya and not a okonomiyaki house there was only one to order and it was good. Much gooier than our crunchy version we still gave it a thumbs up!

Not pictures, but ordered and eaten was the tsukemono (pickled Japanese vegetables and bonito flakes)- very fishy compared to the tart and tangy versions we have had, subtle and delicious, but not for those just learning about Japanese food. Edemane, seaweed salad, kara age (fried chicken) several chicken wings, salmon carpaccio, and several happy hour menu sushi rolls.

Oh and then there were the happy hour beers and drink specials, which included 22oz steins of beer for $5. Shigezo has a fantastic selection of soju drinks too! Woohoo! But the drink we shall be recreating almost immediately was the Calpico Chu - a carbonated lime yogurt beverage that was so yummy - add some soju (Korean distilled sweet potato liquor that is similar to vodka) and as one birthday girl said "dangerous" but oh so yummy!

We shall be returning to try the ginormous raman bowls (seriously huge), curries, kushiyaki (skewers), proper kushiage (panko-fried skewers), robata (hibachi/grill items) and we barely touched on the sushi menu! Can you tell we're excited that Shigezo has finally arrived!

Mmmm! Now I know where we'll be going next time we're in town!