Throughout the years I have grown accustomed to Mike's various facial hair. Let's consider it his personal form of self-expression. Sometimes it's minimal like a simple soul patch. 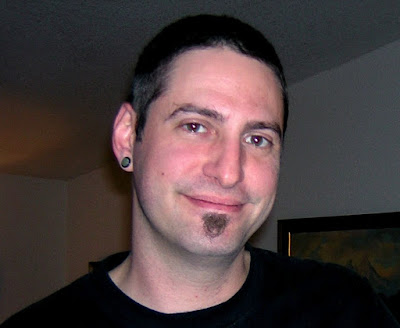 Sometimes he gets more creative such as with his pork bars phase. 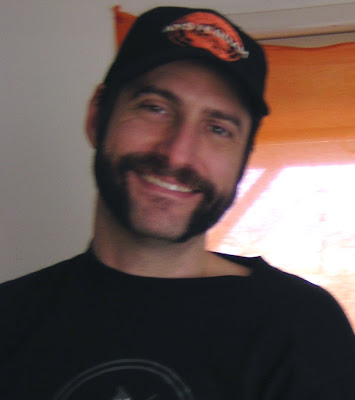 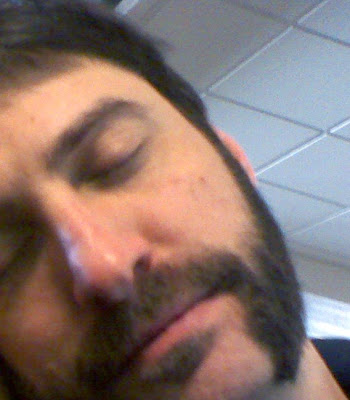 Sometimes Mike is inspired by others, like his ode to John Waters and his recent dirty moustache coupled with long side bars or his dirty bars. 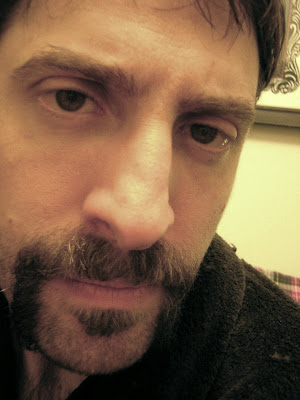 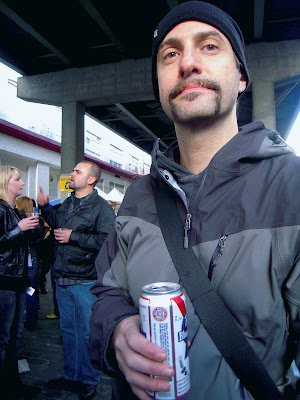 Usually it is just a full blown beard, which grows at an alarmingly fast rate. Sometimes I think he stashes $100 bills in his beard. 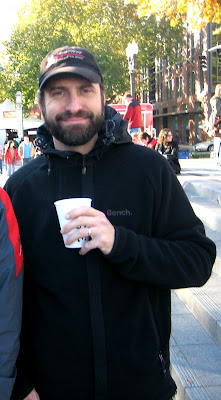 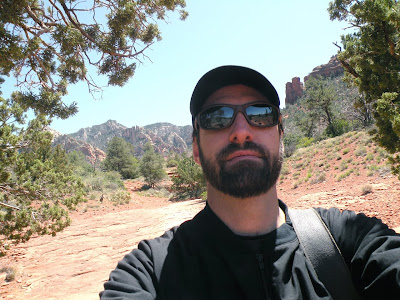 Throughout the years Mike has participated in friendly moustache or Maystache (usually occurring in the month of May) and Octobeard (occurring in October) competitions amoung coworkers. We've even joked about having Mike enter the World Beard and Moustache Championships held last year in Bend, Oregon. But those guys are serious competitors and it is more of a hobby for Mike.

While running errands on a sunny weekend we noticed a number of men running around with some seriously groomed moustaches. We didn't think much of it, as we live in Portland, Oregon so a group of perfectly waxed moustaches and beards isn't that strange. 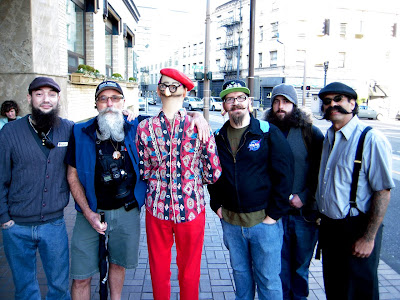 That is until we noticed men with meticulously groomed moustaches and beards in stores, at the coffee house and just hanging out on the street corner. That's when we realized there must be a contest in town. The 2011 West Coast Beard & Mustache Championships was this last weekend. And the catch? It costs spectators only $10 and participants $20! Yes, double the cost if you want to participate. Now, you've got to be serious if you're gonna enter. 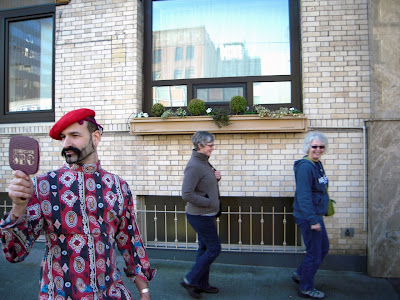 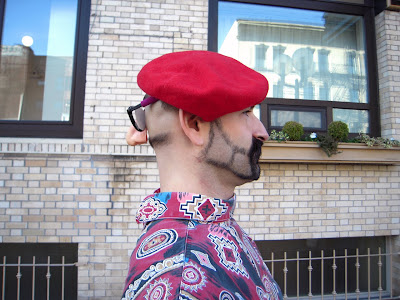 beards are good... except for maybe that last one

I just shaved my gray beard for a job interview

not everyone understands the beard