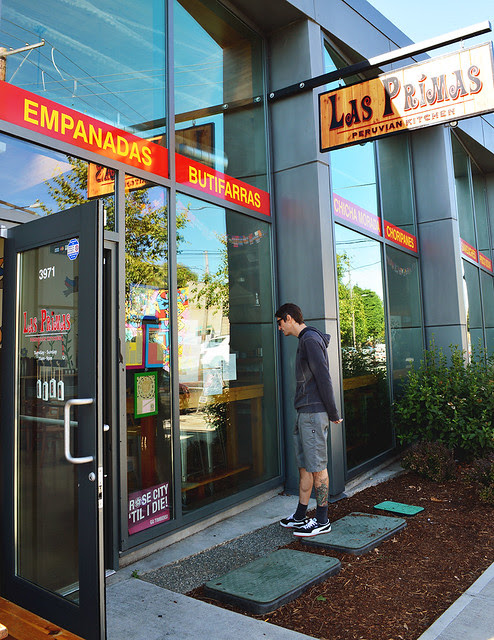 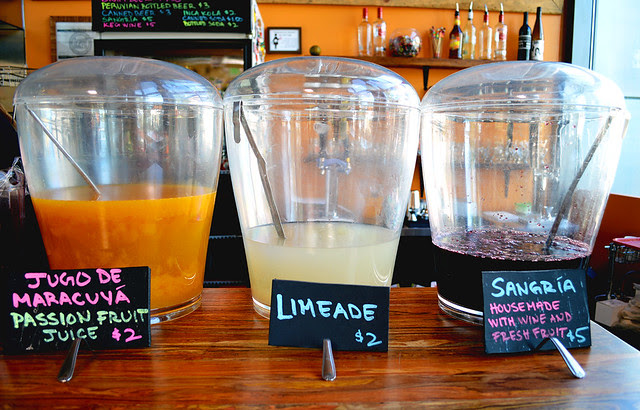 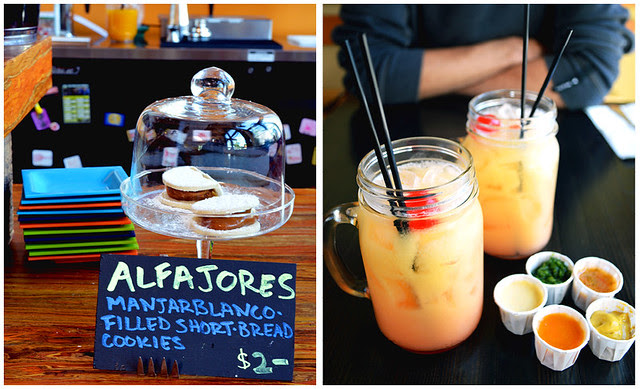 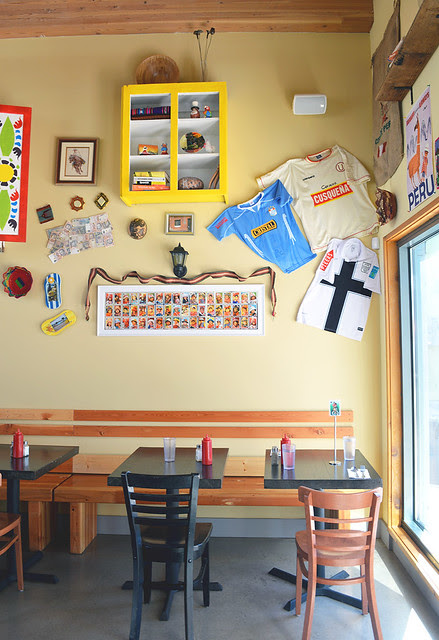 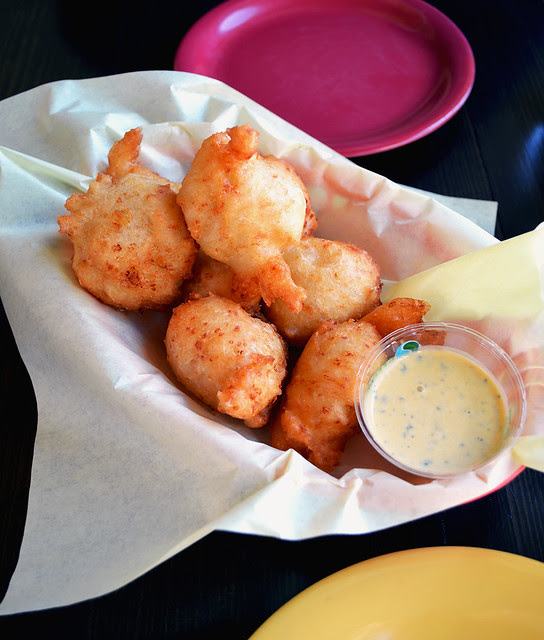 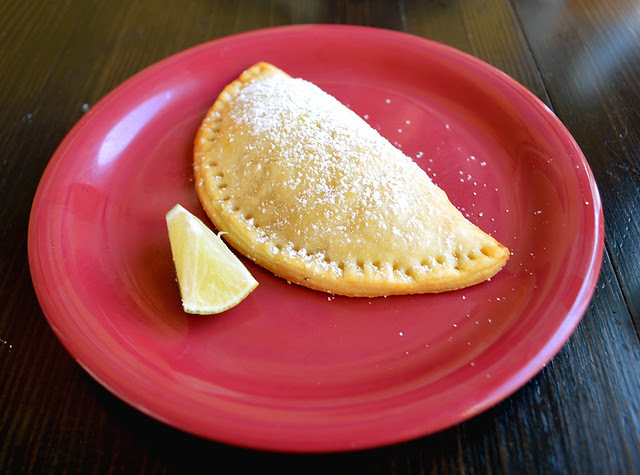 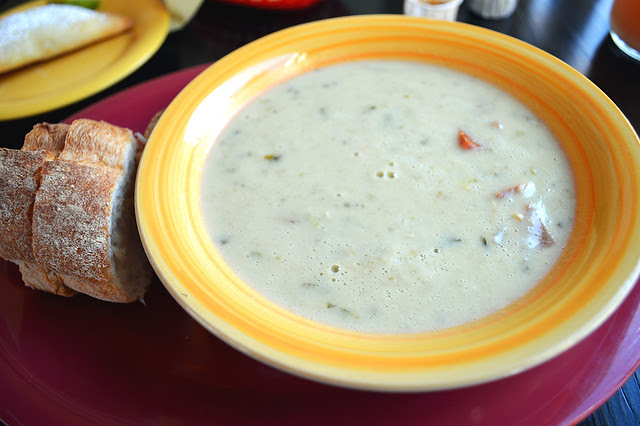 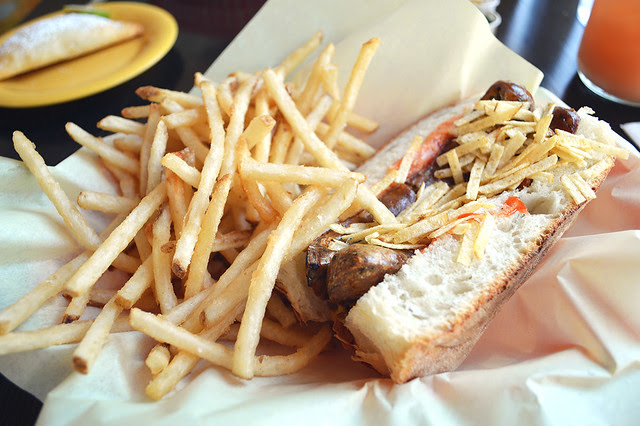 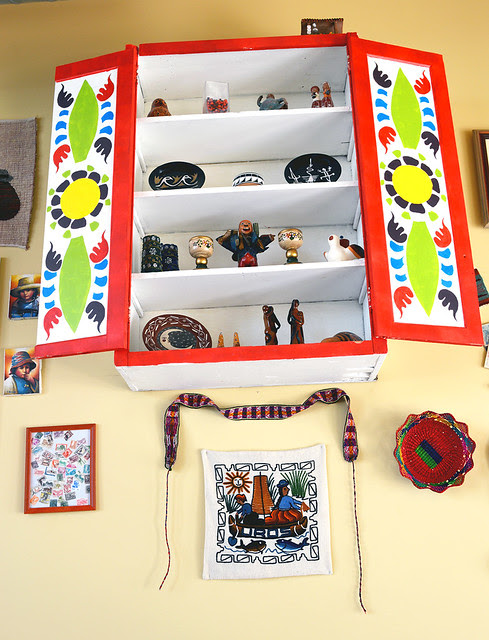 Las Primas Peruvian Kitchen has been opened for over a year and we purposely waited until the Peruvian Street Food Restaurant was established before giving them a try. It was a bright and sunny afternoon and the day matched well with the bright and cheery restaurant. Even though it was early in the day, Las Primas' tropical adult drinks were too hard to resist, so we started with a rum, passionfruit and coconut juice drink before diving into their food. Their snacks looked so interesting we started with an order of Yuquitos, which were a yucca based fried donut, which were fantastic. We also ordered Las Primas' house made Peruvian sausage with spicy pepper spread, ketchup, mustard and shoe string potato chips, the baked corn and farm-fresh cheese empanada and their creamy jalapeno soup of the day.

Las Primas' breads were terrific. We can see why this is technically a sandwich shop. The jalapeno soup was not thick and super creamy and at first seem to lack the punch that maybe some cheddar cheese could have helped with, but with every spoonful we appreciated the light soup more and more, especially the fresh tomatoes. The Peruvian sausage was terrific, full of flavor and a sandwich we will be having many times. The empanada was ok, we didn't really care for the powdered sugar on the somewhat savory dough. We now know the sandwiches are where its at! As we left Las Primas we declared we were really happy they were in the neighborhood and we'll be coming back to this Peruvian kitchen lots in the future.