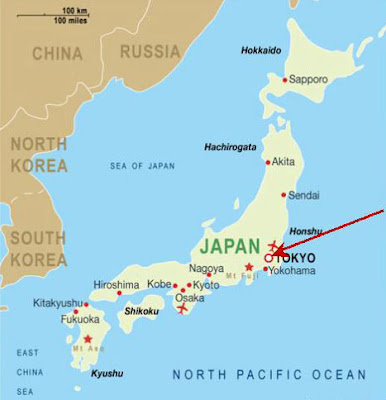 Air travel is simply amazing. In 11 hours we were in Tokyo – JAPAN!!!! 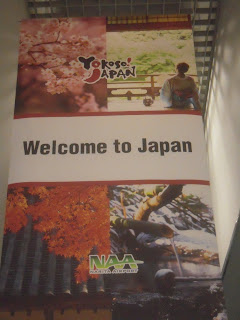 The quickest route to Japan from the west coast is over the North Pole and seeing the large ice mass from an airplane was truly amazing. 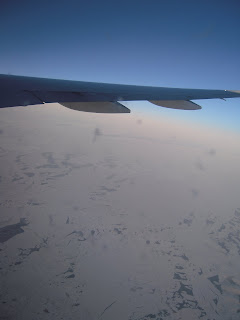 After easily making our way through immigration and customs we were in the land of the rising sun! Or setting sun in our case, because at about 4:20pm and we could see a beautiful red sunset. 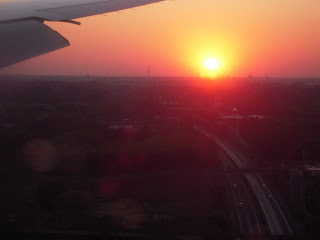 After a train ride and then a subway ride we were in the Kanda area (Chiyoda-ku), also known as the book district, Jimbocho station. We now simply had to walk a few blocks to the hotel. It was about 7:30pm now and the smells coming out of all the restaurants in the alleyways was torture. We were ready to dump these packs and have a steaming bowl of raman. It was also about 3am our biological time and we had gotten up at 5am to catch a plane from Phoenix to LA and then a plane from LA to Tokyo, so needless to say we were tired.

The few weeks before our trip we loaded up on American foods and now we were seriously craving soups, noodles and rice. We finally made it to Hotel Sakura and five minutes later we were on the hunt for a ramen noodle shop. The sheer number of restaurants we saw on the way to the hotel indicated finding something to eat wasn’t going to be a problem. But it was ramen we wanted. After walking down several alleys we found a storefront with pictures of thick ramen soups – bingo! Not only was it a ramen shop, but a vending machine ramen shop – double bingo!

Here’s how it goes- 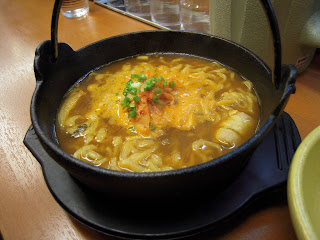 Anne's bowl was more on the line of the traditional ramen we know back in the states, there weren't very many greens and too many bean sprouts, but the broth and the noodles were exactly what we were looking for. Not bad for picking from pictures. 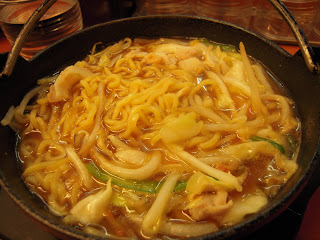 On a scale from 1 to 10, the ramen soup was a solid 9! Our food tour is off to a delicious start!

As we sat and soaked in the fact that we were in Tokyo – JAPAN, the seats at the counter changed multiple times and it was already around 10pm. We sat in the corner and got a fantastic view of the small and very efficient kitchen cranking out ramen, curry, sizzling steak and pork chop plates. We soon found the efficiency of the Japanese people to be awe-inspiring. The shallow height level fridge and center island with the sink, microwave and cold station in a compact space made turning the those bowls out seem effortless. Already we are gathering ideas. 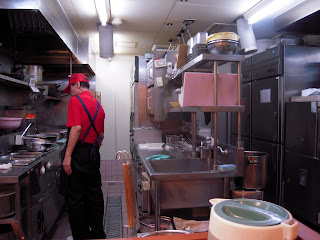 Oh man! I can truly taste this delish-looking meal! I want some!!! How yummy and looks like wonderful feel-good, fuel food to have a nice warm (buddha) belly! The machine looks like a fare vending machine and the way we describe it to the public: choose what pass you want, then figure out when you want to "activate" it, and so on...can you tell I have transit on the brain?

Hahah - I was just telling some friends of mine who will be in Japan next month about vending machines for noodle shops! When we were on Mt Rokko we couldn't figure out how to order and I actually took a picture of the soup I wanted and showed the cook, who politely walked me back to the machine to pay. Hahahah Sounds like you figured it out a lot quicker than we did!

Sounds like your trip is off to a great start. Oooohhhhh, that ramen soup looked so damn good. I suppose I'm gonna have to start to not read your blog on an empty stomach, cause did I mention, DAMN that ramen looked so good.