Whimper, Not a Roar 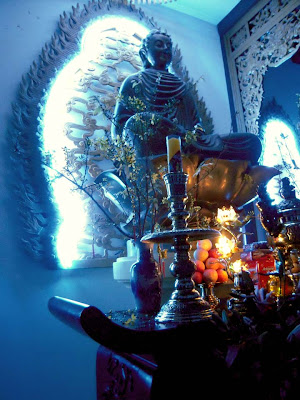 Tet New Year celebrations sentimentally brings up memories of loud fire crackers, lots of people, gambling, laughing, and of course eating. We thought that Tet in Vietnam would be just that - loud, full of family, and food. Well....

Years ago a ban was placed on fireworks and it is highly illegal to light firecrackers or fireworks. However, the government does do a fireworks display, just not every year and this year in my grandmother's village there was a large fireworks display. And we're thinking that was where everyone was. Whereas, we were at the local temple. 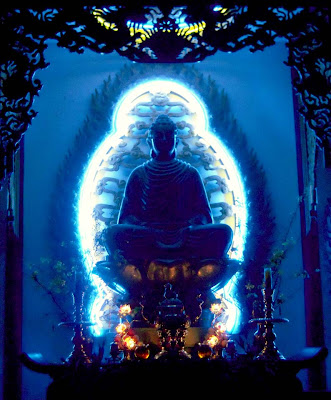 Before arriving to temple we psyched ourselves out about the crowds, the noise, the chaos, children running everywhere and the incense! But Tet turned out to be much less stressful than we imagined with only about a dozen people total at time, including the 7 of us.

It was much different and low key than we expected, but we were ok with that. At exactly midnight the female monk, who heads the local temple, gathered in the lower temple and began her prepared chant for New Years. 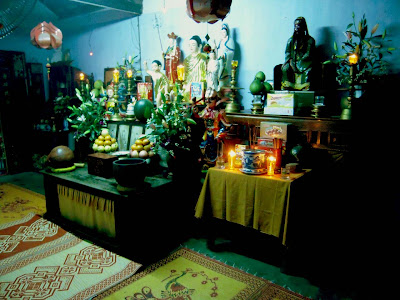 What we're used to back home is during the Monk's chanting people are either in deep meditative state intently chanting or walking around and stopping at the offering table or getting a New Year's forcast for the upcoming year. When we first arrived shortly before midnight we each made a prayer at the alter table and then simply wandered the beautiful grounds in relative calm and peace. 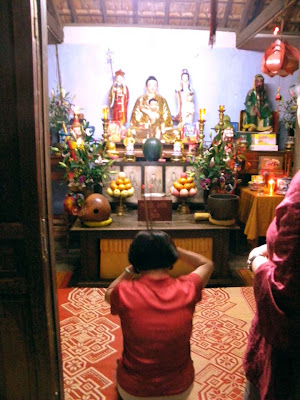 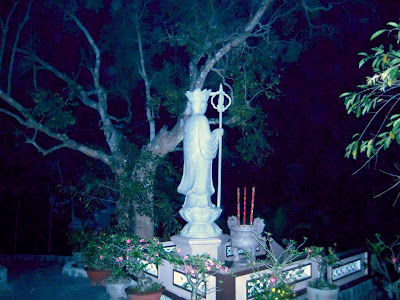 The peaceful atmosphere was only pierced by either someone "ooohhhing" and "aaahhhhhing" at the fireworks in the distance or the sound of the large bell rung in between chanting. 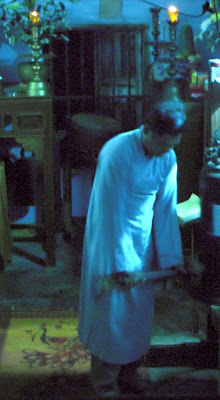 It may not have the festive way in which we are accustomed to celebrating Tet, but it was memorable and festive in its own way. 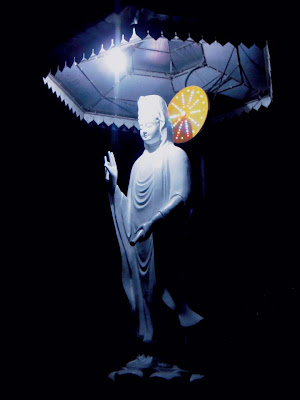