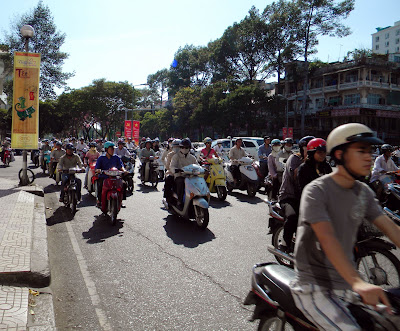 One things for sure - scooters rule the roads in Saigon. Everyone's done it, right before arriving in Saigon everyone says they will rent a scooter and head out onto the streets of Saigon. That is until they actually get into the city and realize a $1 taxi ride would be better. This unique scooter society provides hours of endless entertainment, whether on the back of a xe om (scooter hug taxi) or gazing out at the chaotic flow of traffic from a rooftop bar while sipping refreshing coffee drinks. 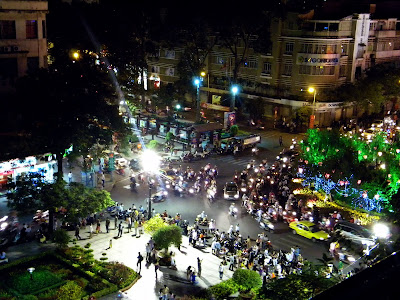 Upon our return to Saigon we immediately noticed the increase in cars on the road, while there are still crazy numbers of scooters everywhere, the number of cars has increased and so has our fear to cross the road. There is only one rule to crossing a Saigon road - never change direction mid-walk, ALWAYS keep going the direction you were headed, the scooters will maneuver around you.

Cars paid the same amount of attention to traffic signals and laws that the scooters do, that is not at all. They would make u-turns in the middle of traffic, head right into oncoming traffic because they wanted to turn at the next street and pull up dangerously close to pedestrians simply it seemed because 'honk, honk' I'm in a car!

Vietnam taxis are super cheap and use the meters everytime, so catching a taxi to take us less than 10 blocks was perfectly reasonable in the midafternoon heat, and for around $1, well worth it! We would sit in horror as our taxi driver would veer right into oncoming traffic, start backing up on a fully packed road or honk our way down a narrow alley looking for an elusive restaurant address. All this crazy driving with huge turnarounds, people driving up on sidewalks and ancient alleyways obviously not originally built for cars, all the while not one single curse word, not one hand raised in frustration or even an angry use of the horn. It's as if taxi drivers are given anti-anxiety pills right before starting their shifts.

Needless to say we still found ourselves playing the game who can see the highest number of people seen on a scooter (5 - two adults, one carrying a sleeping baby, a child standing on the floor board in front and one inbetween parent driving scooter and parent holding baby). Then it became a game of who could capture said photo. 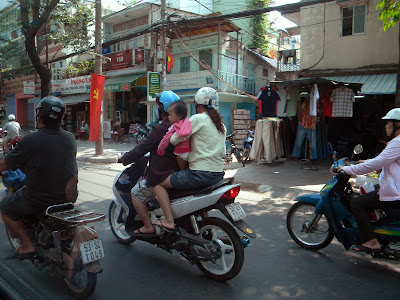 As quickly as that game was developed another one would start - what's the craziest thing being transported via scooter? 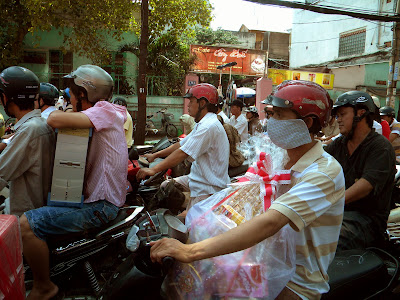 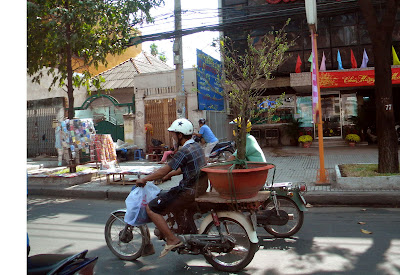 This game could go on for years. There's even a book about it by Hans Kemp Beasts of Burden, an ode to the drivers and motorcycles of Vietnam, the backbone of the economy. 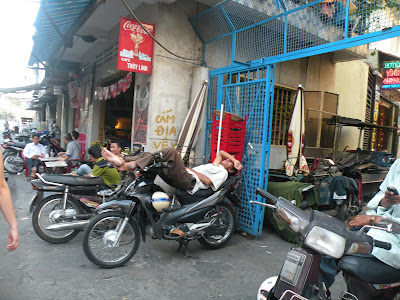