Storming the Bastille & An Ode to Macarons 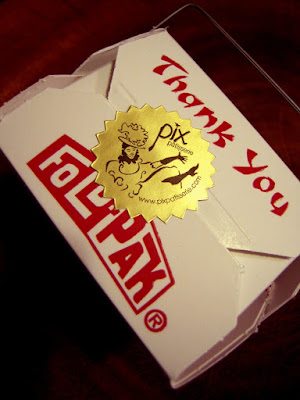 July 14th is France's Bastille Day, the infamous day when the citizens of Paris, fed up with King Louis XVI and his wife Marie Antoinette's indifference to the French people, stormed the Bastille Prison releasing those inside and then burning it to the ground as an act of defiance and sparking the beginning of the French Revolution, France's Independence Day.

And to celebrate this auspicious day our local patisserie (everyone should have their own local neighborhood patisserie) Pix threw their annual block party! The day started off with a scavenger hunt and a 5K French Run. We sat across the street sipping espresso and cheering the runners as they crossed to the finish line. This being a French themed run there were mime runners, french maid runners, wine grape runners, and even some Marie Antoinette runners. 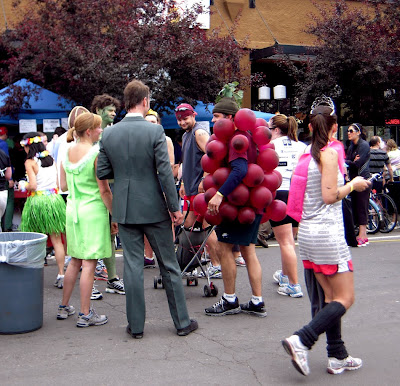 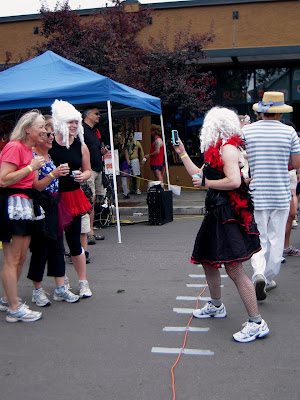 New Yorker Magazine, along with Savier magazine declared gourmet cupcakes were so 2009 and 2010 is year of the macaron! So as everyone chanted "Fewer Cupcakes and More Macarons" people stomped cupcakes in exchange for a macaron of course! 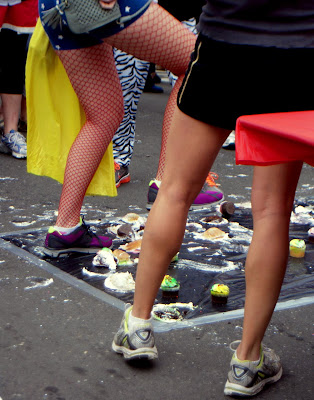 If you didn't feel like having sticky syrupy cupcake goo on your shoes or bare foot as one person did, there was also a macaron toss that would reward you with a delicious macaron if you made it consecutively in the buckets. 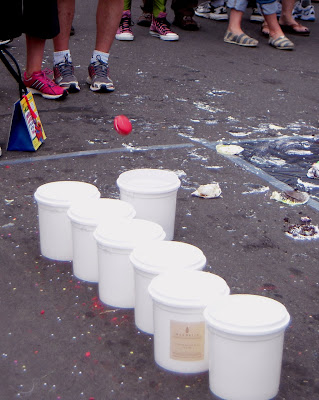 Shortly after the macaron stomp Pix baking staff held a macaron making demonstration and answered questions about making these utterly addictive almond flour treats. We got many tips and the process was demystified about separating and aging egg white to how to tell if you've achieved the perfect smooth, chewy, buttery awesomeness that is the macaron. Can you tell we love macarons? And all we say is these are the skinniest bakers we have ever seen. 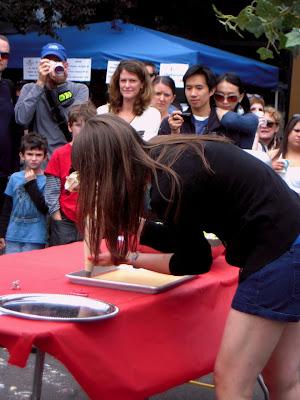 On the list of the block party events, which included live music performances all day, the macaron demo was the top reason we went, but also in the hopes of tasting some of the new flavors Pix wanted to introduce. No we didn't stomp any cupcakes or toss any macarons or even try any new flavors, but still enjoyed ourselves. Especially when we spotted the Bastille Tower ala cream puffs. 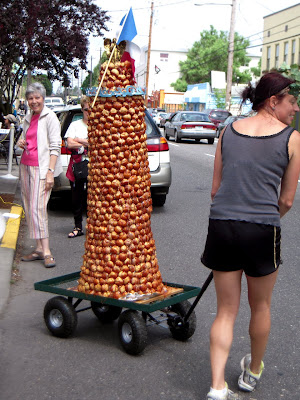 Cream Puffs! A tower of them! Hauled out into the middle of the crowd and then we were let loose to grab as many handfuls of cream puffs we could manage. 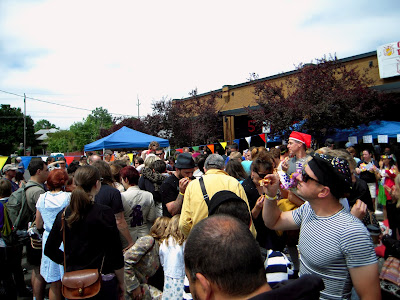 Macarons and cream puffs in one morning, now that's a celebration!

This looks like it was a ton of fun!