It just so happens there was a Dubstep show our first night in Tokyo.

Back in Portland we had missed several Dubstep monthlies and a rare appearance by N-Type because we were trying to save money for our trip and we had just seen the Bug and Warrior Queen.  So when we found out that the first night we were in Tokyo N-Type & Goth-Trad, as well as a handful of local DJs would be throwin’ down some bass heavy beats till the wee hours on the morn'....way cool!!  Dubsteb show at an underground club in Shibuya – need we say anymore?

After our cooking class we took a quick nap and headed out to Shibuya a little before midnight The club didn’t open until 11:30pm and the subways stop running at midnight, so we managed to catch the last subway to Shibuya.

Check out the time.  Shinjuku-Sanchome red line station was packed.  Where are all these people going? 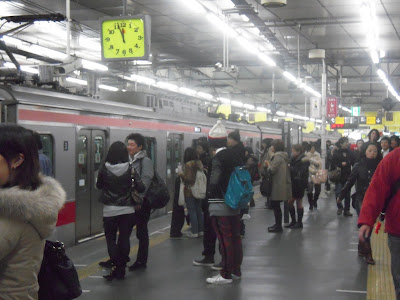 The club had three levels.  The first basement level had lockers (why don’t clubs in the US have lockers?) and a restaurant/lounge called the Unice for lounging and chilling.  The second basement level was where the main stage or Cloak was.  The third basement level held the Saloon where the local DJs were spinin'.

When we arrived Goth-Trad was lighting up the floor with gritty, grimy tracks. By the time N-Type came on the dance floor was packed and the crowd was hyped!  N-Type did not disappoint – he straight up tore it up. 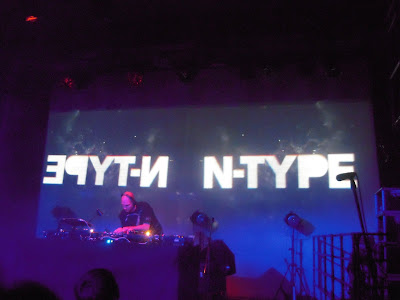 Soon the Junglists and Drum N’ Bass headliners took over the stage and we headed upstairs to Unice to grab a bite to eat.  But we headed back down after and it was packed, packed, packed. DJ Zinc was laying down the murderous tracks for Dynamite MC to bust his quick spitting flows. 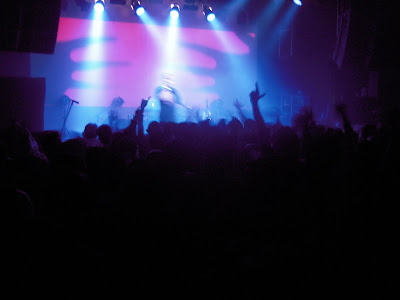 Since we were fed so wonderfully at the cooking class we didn't have dinner and were pretty hungry after the staying for N-Type whole set.  We decided on french fries with anchovy butter and chicken karage with jalapeno mayo.  Both items were solid! 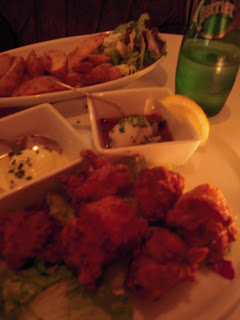 We then headed down to the bottom level to the Saloon to check out the local DJs, who held their own against the Gaijin (foreigner) headliners. 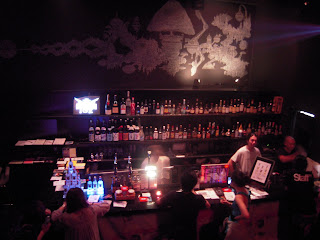 Before we knew it it was 4:30am and the subways were about to start up again.  We weren’t the only ones ready to call it a night. 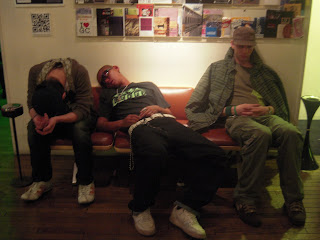