So I've picked up an interest in sketching, and no you will never see any of my sketches here on Buddha Bellies. But I did want to share some sketches from the 1st International Urban Sketching Symposium held at the Pacific Northwest College of Art in Portland July 29-31. The symposium was sponsered by Urban Sketchers and gathered 100 sketchers from around the world with a program that consisted of lectures, panels, exhibits and field sketching sessions led by presenters with backgrounds in art education, architecture, illustration and journalism.

The sketch at the top is of the Portland's skyline from the East Bank Esplanade immediately caught my eye. Sketched by Gerard Michel, the image of the Portland skyline was exactly what I was imagining for our wedding invitations.

As I trolled through the group's flickr set I realized what a great city Portland is to sketch. Modern, Old, Brick and Glass. Here are some of my faves. 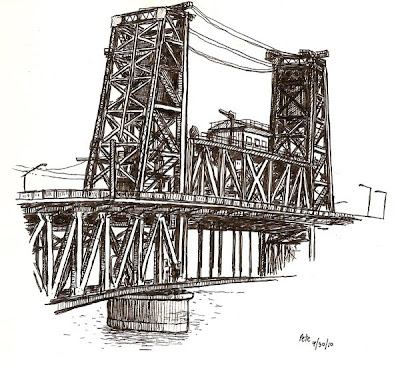 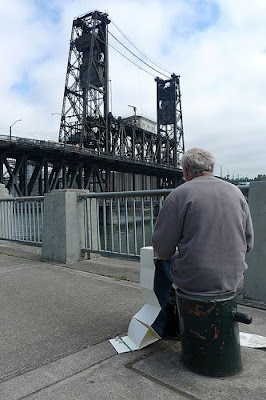 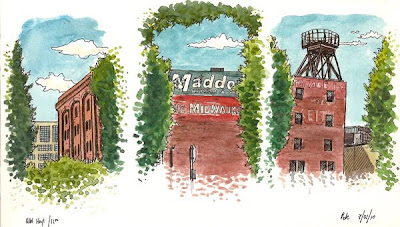 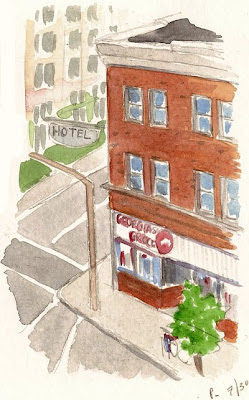 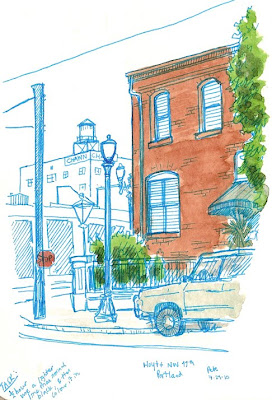 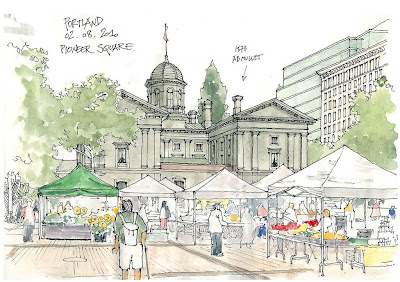 If I could wave a magic wand and give myself the ability to sketch two things it would be, without a doubt, architecture and fonts. Someday sketchpad - You. Me. It's on! 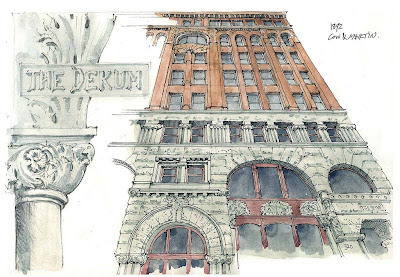 Portland, The Dekum by Gerard Michel 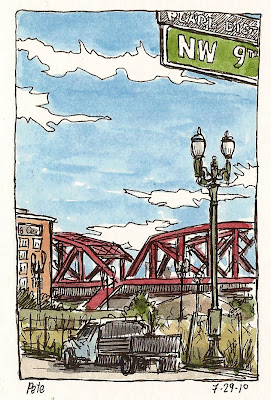