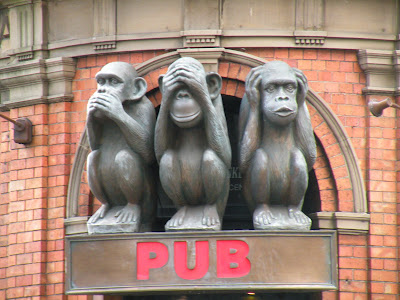 We woke up on a Sunday in Sydney ready for another great day of sightseeing and visiting local open markets. As we tried to make our way up to the Rocks Weekend Market we were stopped by policeman diverting traffic and pedestrians due to the large St. Patrick's Day parade going through downtown and ending at the northern end of Hyde Park. We had purposedly planned the end of our trip in Sydney to coincide with St. Patrick's Day due to the large historical population of Irish and English living in Sydney. We're not large St. Patrick's Day celebrators back home, but we thought it may be a bit different with so many people having Irish ancestry in Australia. But the parade and numerous people running around with green top hats solidified why we don't really do much on St. Patrick's Day home or now internationally.

This was the Sunday before St. Patrick's Day, which fell on a Tuesday in 2009, which proved that universally St. Patrick's Day is another reason to simply drink and do so all day long on Sunday because we all can't party on a weekday. Although numerous bars in the Rocks neighborhood was packed on St. Patrick's Day as well.

What we didn't anticipate was how much St. Patrick Day celebrating was going to disrupt our plans to partake in a traditional English roast beef and yorkshire pudding dinner, done only on Sundays, at a local pub we had enjoyed beers at earlier in the week. We arrived at the pub to a crush of people wearing bright shades of green. But that didn't stop us from enjoying our dinner plans and found a corner spot at the bar, where we captured the chaos the best we could. 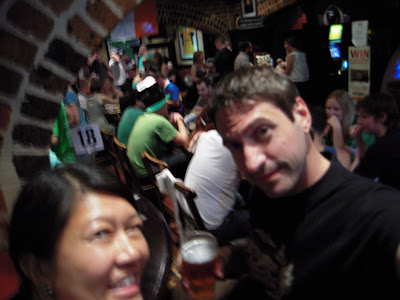 We ordered our outstanding roast beef and yorkshire pudding and a guiness stew. Both were heavy, salty, and exactly what we were hoping for. Besides the big chunks of carrots that came with the roast beef dinner, peas were the only vegetable. And of course there was lots of potatoes and gravy! After our meal we felt we did St. Patrick's Day justice - our way, with traditional food and beer. 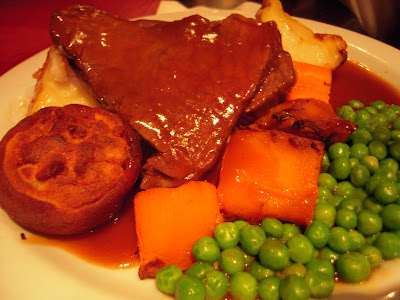 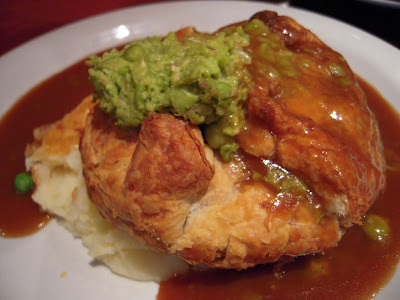