After our day tour of Tam Coc, we arrived back in Hanoi by dinnertime and decided to try a restaurant we were thinking of taking a cooking class at the next day. When we arrived we had second thoughts when the main dining area was filled with Europeans. There was only one table available upstairs so we looked at the menu again and noticed some items we weren’t familiar with listed on the menu and decided to give it a try. We quickly realized the Europeans downstairs were French ex-pats living in Hanoi and at the restaurant for a birthday celebration. Ok, all is forgiven.

We started with two appetizers, an order of the papaya salad and an order of eggrolls called nem in northern Vietnam. 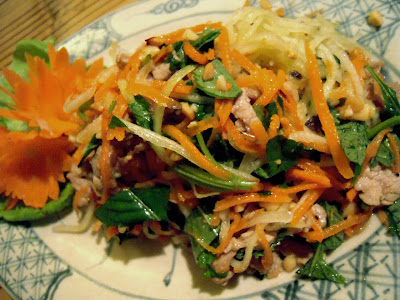 Not as good as the papaya salad during lunch on our day tour. There was a lack of tanginess to the sauce, but the papaya was fresh and tart and cut exactly to the same size as the other vegetables. The nem (eggrolls) were crispy, peppery, all around yummy. 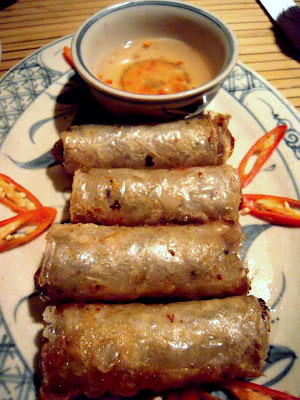 For dinner we ordered an item we hadn’t ever had before, Hanoi Cha Ca or crispy grilled river fish. 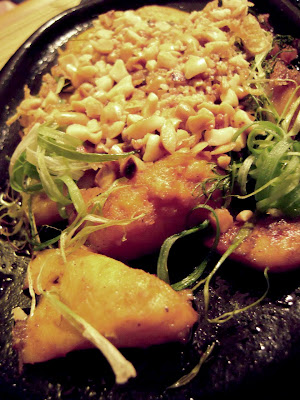 The dish came with all the roll-making-trimmings, which we quickly rolled both the fish and the eggrolls in. 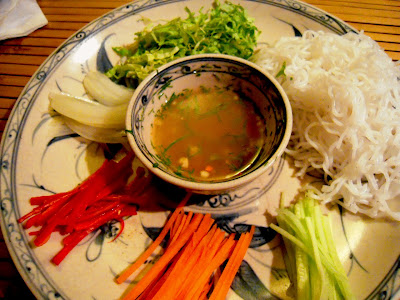 The Hanoi Cha Ca dish was incredible. Meaty chunks of white river fish were marinated in turmeric, dill and other spices came out sizzling on a cast iron hot plate. Delicious! 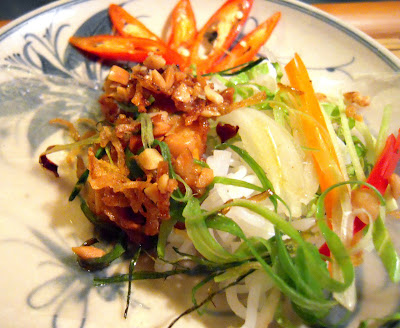 We thoroughly enjoyed our first full Northern Vietnam dinner and quickly paid the bill and signed up for tomorrow’s half-day cooking class and requested the Hanoi Cha Ca be one of the four courses to be taught. 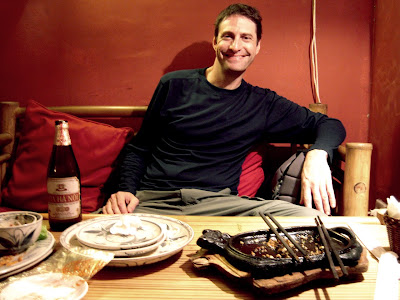 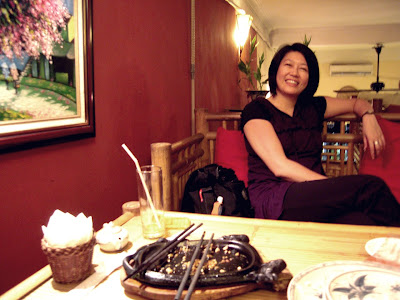